Babease blew through £11m of shareholder cash before collapse 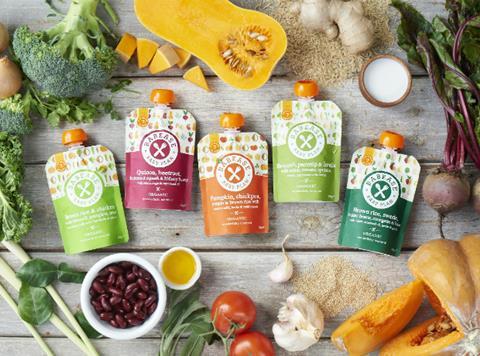 Organic babyfood brand Babease had burned through £11m of ­shareholder cash in slightly more than three years when it entered administration last month, a new report into the collapse has revealed.

Losses in the first nine months of 2019 at Babease and sister company Brecon Foods, which manufactured the branded product and own-label babyfood at a factory in Wales, had spiralled to a combined £2.8m on the back of turnover of just £1.4m, according to the report compiled by administrator FRP Advisory.

It took total losses at the business, formed by Tom Redwood in 2016, to £9.2m on sales of £5.4m since trading began, the report stated.

The cash had gone towards big marketing campaigns, high wage costs for 47 factory employees and 12 brand staff in London, including the management team, high-quality ingredients, servicing an own-label Lidl contract and driving growth at the Babease brand.

The losses were funded by the shareholders, including Redwood and investor Amitis Partners, which took a majority stake in the business for a £5m investment in August 2019. In total, shareholders had provided between £10m and £11m since the business started trading.

Just £100k in cash was left in the business by the time a notice of intention to appoint administrators was filed at court by the company in early November.

The FRP document said specialists at the insolvency firm had been called in to Babease and Brecon to explore options after it became clear to management by the end of October 2019 that the company could no longer meet its financial obligations, including the November payroll.

Key suppliers and utility providers had placed the company on a stop and were threatening legal action, with one provider threatening to stop collecting waste from the site and another to disconnect the power supply.

FRP began a marketing exercise to sell the two companies in an administration process. Five offers were received, with Amitis buying the business in a pre-pack deal for £910k on 21 November, as revealed by The Grocer at the time.

The deal included the transfer of all the employees but did not include the freehold for the factory in Wales, which is currently being occupied by the business for £10,000 a month under a six-month licence.

Unsecured creditors of Babease and Brecon were owed a combined £1.2m at the time of the administration. FRP said it expected there to be enough money to pay back creditors, but it wasn’t yet clear how much would be distributed.

But the FRP report revealed that Lidl was the largest customer of Babease and Brecon by value of orders placed.

The Grocer understands the own-label contract with Lidl was lossmaking and is handled by 17 of the manufacturing staff at the factory. A source close to the business said that since the pre-pack deal the Lidl contract has ended and the jobs of the staff involved are expected to go early next year.