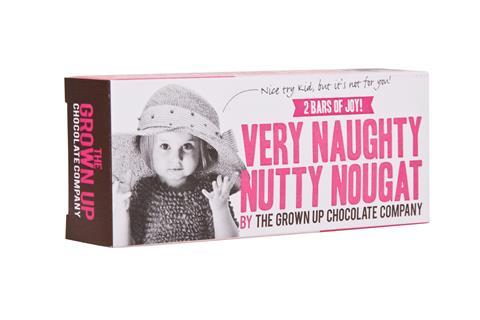 The Essex-based supplier has products listed in Ocado and Booths

Premium chocolatier Grown Up Chocolate Co has entered administration following a winding up order from HMRC.

The Essex-based supplier, which has products listed in Ocado and Booths, appointed administrator Leonard Curtis on 11 April.

The appointment follows a petition to wind up the company by HMRC, filed at the end of March.

Founder James Ecclestone was quoted last year as mulling re-locating the business to Slovakia after his overall costs rose by around 18% after the Brexit referendum.

Its most recently filed company accounts, for the year to 31 March 2018, said trading had been “challenging” due to the fall in the value of sterling affecting raw material prices.

The company made profit in 2018 after a number of years of losses, but warned cash flow projections “show the financial headroom is tight”.

In December 2018 £400k was invested in the business to pay historic liabilities and provide working capital and another fundraising exercise was planned in 2019 to finance increased production capacity and efficiencies.

According to the accounts for a small company, the supplier employed 29 people.

Leonard Curtis had not responded for comment at the time of press and The Grown Up Chocolate Company could not be reached.