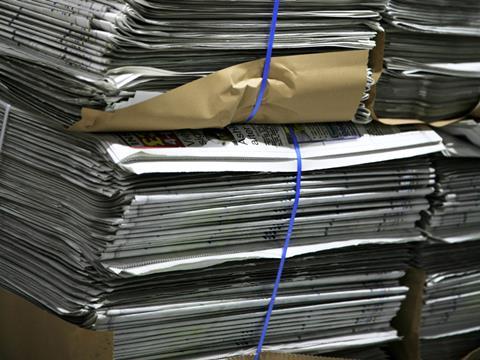 Three of the shops are in Luton, Bedfordshire. The others are in Hitchin, Hertfordshire, Haverhill, Suffolk and Newmarket, Suffolk

Henderson’s Newsagents, a chain of six shops in the Home Counties that has traded for more than 60 years, has collapsed into administration.

Three of the shops are in Luton, Bedfordshire. The others are in Hitchin, Hertfordshire, Haverhill, Suffolk and Newmarket, Suffolk - where it trades as Tindalls News & Books.

Two of the Luton branches, on Hitchin Road and Wigmore Lane in Stopsley, include post offices.

Michael Pallott, joint administrator, told The Grocer: “Like many retailers in the current economic climate, Henderson’s had seen a drop in turnover coupled with increasing overheads in the months leading up to administration.”

The buying habits of the average customer had dramatically altered in recent years.

“Most people no longer make daily visits to their local newsagents and this has resulted in a significant drop in footfall.”

Pallott said the creditor position was still under investigation. “Our administration proposals will be issued within the eight weeks of our appointment and will be publicly available on Companies House.”

The company’s unaudited financial statements for the year ended 30 June 2018 showed amounts that had to be paid to creditors after more than one year increased from nearly £700,000 to almost £900,000.

Pallott confirmed all six branches had been closed and the number of job losses would be finalised once the joint administrators had concluded any sale of the branches. One local newspaper report claimed about 60 staff had lost their jobs.

The joint administrators were exploring all options to sell the business as a whole or as individual assets.

The level of interest in the business was “high”, Pallott said.