The Bottle Shop collapses after BrewDog rescue offer falls through 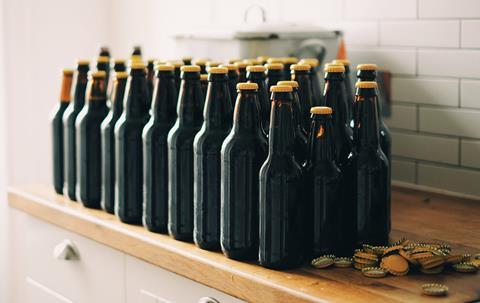 Craft beer distributor and retailer The Bottle Shop has collapsed after rescue talks with craft beer giant BrewDog fell through.

The London-based business, which sold craft beer wholesale as well as owning bars in Margate, Canterbury and London, has made all of its staff redundant and turned to administrators David Rubin & Partners after “an offer that would have not only saved the business but given us a very bright future” from BrewDog fell through, its founder Andrew Morgan said today.

The Bottle Shop had smashed an equity crowdfunding drive in 2017, raising a whopping £394k to fund the introduction of a fully refrigerated supply chain. However, it was dropped by a major supplier shortly afterwards, said Morgan, which “took 23% of our wholesale business with them”.

It is understood this supplier was London’s Beavertown, which began working with a new distributor.

“This was a torpedo blow to our forecasts and though the team valiantly and brilliantly battled to overcome this, when another top-three brewery dropped us with no notice last year, it didn’t help our situation,” said Morgan.

“We had our highest-ever turnover reported in November 2018 and it looked like things were improving but December and January were well under forecast and I knew we had to find a partner or new finance.

”We brought on a consultant to help with this and quickly realised the extent of the financial legacy we were carrying from the breweries we’d lost. I set about finding a partner and came incredibly close to announcing something very positive but it wasn’t to be.”

“Once we heard the business was in financial difficulties we looked at trying to save this business and protect the jobs within it but unfortunately the offer we made was turned down.”

There would be little consolation for those left with outstanding debts from the business, admitted Morgan. “I know it’s going to have a knock-on effect within the industry and it’s a very tough environment for everyone out there.

“Having devoted over eight years of my life to this, being the biggest shareholder and lent the business money, I’m not immune to the reality of this situation but we all make choices and sometimes they don’t work out.”