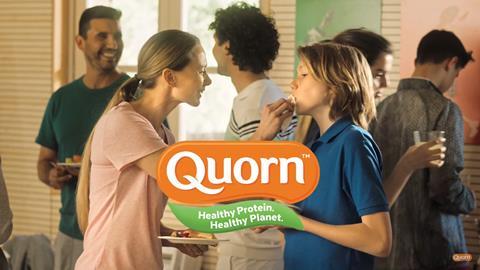 A spike in demand from supermarket shoppers has helped meat-free brand Quorn offset a collapse in its foodservice business throughout the Covid-19 crisis.

However, the shutdown of much of the world’s hospitality industry in the wake of the coronavirus outbreak saw the group’s foodservice sales, which now account for 10% of business, wiped out in the new financial year.

That stymied its ongoing growth among the likes of KFC, Greggs and Costa, which have turned to the brand for vegan alternatives.

Luckily, that was balanced out by a rise in home consumption, which has lifted retail sales in the past four months, said marketing director Gill Riley. “With many households cooking more than ever before during the pandemic, there has been an accelerated demand for quick, healthy and sustainable meal options,” she said.

“Quorn’s foodservice business felt the biggest impact during the lockdown as outlets were forced to close, and many stopped trading altogether. However, the increase in retail sales helped us to mitigate losses there.”

Frozen sales jumped during lockdown, registering a 60% uplift at the peak of demand in April. “We’re now starting to see this level out as the restrictions are eased, but there’s a sustained increase in meat-free,” Riley added.

The business also increased production during the pandemic and plans to invest £150m in its facilities over the next three years to meet demand.

The investment addresses the limited manufacturing capacity at its North Yorkshire factory, which held bac revenue growth in 2019, according to the accounts for the year ended 31 December. Operating profits fell 20% to £21.6m as a result and pre-tax profits dropped from £27.2m to £19.3m.

The business expects to relaunch several SKUs to market by the end of this year.