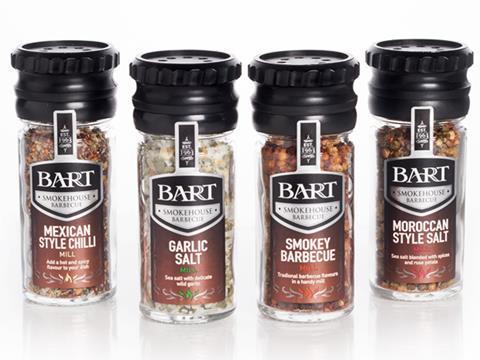 Pre-tax profits have dipped at Bart Ingredients by more than £170,000 to £377,000 as the herbs and spices supplier laid out “significant” investment in a bid for future growth.

The capital ploughed into infrastructure in 2014 - which has given it the ability to tender for larger customer contracts - is starting to pay off, according to the business review in the newly filed accounts at Companies House. Bart has secured new business with key customers in the 2014/15 financial year, as it aims to achieve “double-digit profitable sales growth.”

Since the year end, the business has broken into non-dry herbs and spices with the acquisition of OTP Foods in April.