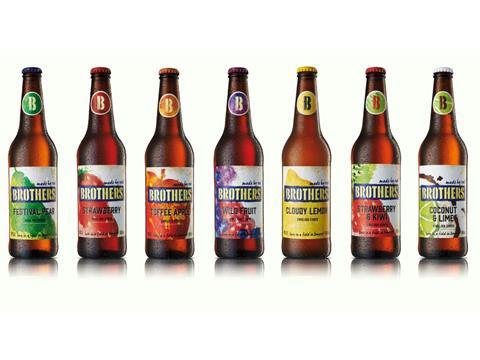 Changes in the way a customer bought materials from Brothers Drinks Co, which generates about half its turnover from bottling cider for other brands and businesses, led to a decline in sales of £5m to £14.6m in 2015, new accounts showed.

Joint MD Matthew Showering said sales from the branded Brothers business had been flat in the year.

The accounting move led to a growth in output and underlying profits. However, an exceptional charge of £1.9m stemming from a long-running contract dispute resulted in a drop in operating profits from £1.2m in 2014 to £261k.

Joint MD Matthew Showering forecast group sales in 2016 would be slightly up on last year before surging in 2017 as the new £6m high-speed bottling line in Somerset, bought from rival cider maker C&C in April, became operational.

The line will more than double capacity to close to 400 million bottles a year.