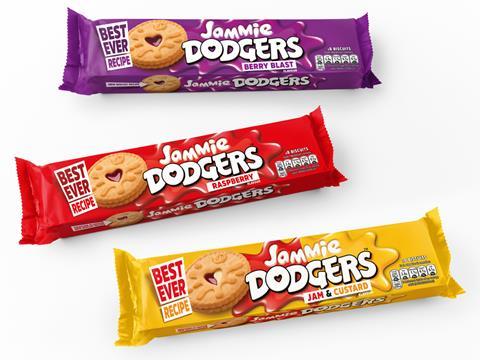 The loss of the Cadbury biscuits licence was the most significant factor in profits at Burton’s Biscuits plunging £15m into the red during its most recently completed reporting period.

The supplier’s pre-tax profits dived during the 52 weeks ended 30 December 2017, its latest financial results show. This followed the November 2016 sale of the much-prized Cadbury biscuit licence to Mondelez – which hyper-inflated Burton’s profits for 2016 to £175.6m. However, the company would have been in the black regardless, and had been millions in profit during the preceding two years.

The divestment of the Cadbury licence also fuelled a 6.1% fall in revenue for Burton’s latest reporting period, from £232.8m from £247.9m, as the result of ‘lower co-manufactured volumes’ by 27%.

A ‘challenging year’ for savoury biscuits was another significant factor in Burton’s latest losses, said the Fish ‘n’ Chips maker. The category in 2017 was ‘increasingly competitive following the move of leading products into the retailers’ crisp, nuts and snacks aisles. The market declined 0.7% in 2017, with Fish ‘n’ Chips being one area where market share was lost.’

However, Burton’s – owner of brands such as Maryland, Wagon Wheels and Jammie Dodgers – said it was heartened by a 3.9% value growth in the sweet biscuits market and the company’s deal, agreed in August 2017, to manufacture and distribute Mars biscuits.

“The 2017 performance reflected the first years of Burton’s new journey, following the sale of the licence to bake and distribute Cadbury biscuits to Mondelez International” said a spokeswoman for Burton’s. “The new direction sees the business continue to drive focus on its core brands, while actively seeking new partnerships.

“The new strategy also sees a significant increase in the importance of developing collaborative partnerships with retailers to grow and develop their own-label businesses,” she added.