City snapshot: BAT first half sales up 4.6% on pricing and tobacco alternatives growth 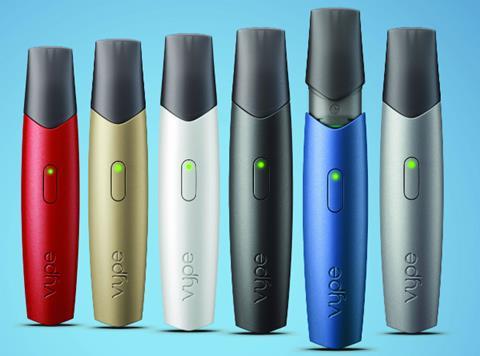 British American Tobacco (BATS) has grown first half revenues by 4.6% to £12.2bn as growth in pricing and new categories mitigated a continued decline in sales volumes.

Total cigarette and tobacco heating product (THP) volume declined in line with the industry in the six months to 30 June, down 3.5% to 336 billion sticks.

However, total revenues were up 4.6% to £12.2bn as a 7% increase in price/mix across the cigarette portfolio, as well as growth in revenue from new categories and traditional oral, more than offset lower cigarette volume.

BAT also experienced a foreign exchange tailwind of 1.2%. On a constant currency basis and excluding the impact of excise on bought in goods, adjusted revenue increased by 4.1%.

Profit from operations was down 1.3%, as the strong operational performance, which included a translational foreign exchange tailwind of 2.2%, was more than offset by the £436 million charge recognised in Canada related to a class action lawsuit in Quebec. Consequently, operating margin declined 210 bps;

Adjusted profit from operations grew 5.9% at constant rates of exchange as the adjusted revenue growth and continued drive for efficiency gains more than offset the increased investment in New Categories that reflects the Group’s continued development of these categorie.”

CEO Jack Bowles said: “We continue to deliver on our financial objectives with adjusted revenue and adjusted profit from operations in line with our guidance, driven by a continued strong financial performance in combustibles.

“In 2019, we are on track to be around the middle of our guidance range of 30-50% new categories revenue growth per annum, excluding the impact of translational foreign exchange.”

Meanwhile, former Cott Beverages CEO Jeremy Fowden will join the board of BAT as an independent non‐executive director and member of the audit and nominations committees with effect from 1 September 2019.

Fowden is currently the executive chairman of US beverage group Cott Corporation, a position he has held since January 2019, having been CEO from 2009 until December 2018.

A report by Oil Price Information Service in April said Cumberland Farms, based in Westborough, Massachusetts, could fetch “billions of dollars”.

EG Group said it had committed financing in place to support the purchase of what it believed was a “transformative” deal from a Barclays-led bank group.

The acquisition will take the EG Group’s network to nearly 1,700 stores in 30 states, selling more than 2.5bn gallons (9.5bn litres) of fuel with merchandise sales of more than $3bn (£2.5bn) on an annualised basis.

EG Group said it would retain the Cumberland Farms brand on all the acquired stores.

Irish food group Glanbia (GLB) plunged 15.1% back to €11.80 yesterday after it posted a near 10% slump in first half EBITA before exceptionals.

Pig skin manufacturer Devro also fell 2.4% to 205p after its own interims, despite posted a 25% rise in pre-tax profits on moderately lower sales.

Just Eat (JE) rose a further 1.5% to 761.4p despite seeing a significant fall in first half profits due to investment to grow sales. Just Eat shares leapt from around 630p on Monday on confirmation of its agreement to merge with Netherlands-based contemporary Takeaway.com.