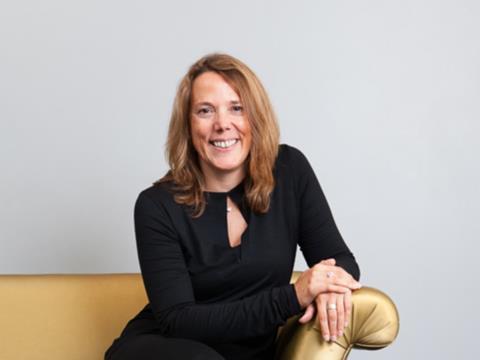 Conviviality CEO Diana Hunter is optimistic for the year ahead

Bargain Booze owner Conviviality (CVR) expects profits in the next two years to be higher than expected as the integration of Matthew Clark is significantly ahead of plan.

CEO Diana Hunter, who masterminded the £200m reverse takeover of the wine wholesaler in October, told The Grocer today that Conviviality had already completed a detailed analysis of supplier terms, held a joint conference with 300 suppliers and started negotiations to leverage the greater buying power of the enlarged group.

As a result, buying synergies are expected to be delivered ahead of plan, with broker Investec forecasting £2m of extra gains – up to £6m and £8m – in the 2017 and 2018 financial years. Analyst Kate Calvert upgraded pre-tax profit estimates by 6% and 5% in the two years to £36.7m and £40m respectively – and also upped the target price for the stock from 230p to 245p.

“The opportunities offered by the enlarged group have been well received by our franchisee partners, customers and suppliers,” CEO Diana Hunter.

“The opportunities offered by the enlarged group have been well received by our franchisee partners, customers and suppliers,” Hunter said.

Investors also responded positively to the half-year results, sending the Conviviality share price up 4.5% to 209p – well above the 148p the stock traded at in July before The Grocer revealed the group was in talks with the much-bigger Matthew Clark.

Matthew Clark sales from 7 October to 1 November also jumped 2.7% to £60.6m and EBITDA climbed 10% to £2.1m. The drinks distributor, which has 6,000 customers and more than 200 suppliers, also added 841 new outlets to its network since the acquisition, a 27% increase on the same period last year.

“Given that Matthew Clark spent most of last year being publicly up for sale, I’m very optimistic for the year ahead,” Hunter said. “If the team can deliver such a fantastic performance in the run up to the acquisition, just imagine what they can do in the year ahead.”

The retail side business, which is made up of Bargain Booze and Wine Rack, boosted sales by 4.7% to £191m, with most of the growth coming from the benefit of an extra trading week. However, like-for-like sales declined 1.3% in the half – an improvement on last year.

Strong trading in the two peak weeks to Christmas to 3 January pushed group sales 13% ahead of 2014 as four bottles of Prosecco were sold every minute. It helped Conviviality register like-for-like growth of 1.1%, with Wine Rack increasing its sales 11.1%.

“Customers tend to go to the specialist off licence and convenience store once they have done their big turkey shop to make sure they have the right choice around their alcohol assortment,” Hunter added. “The decline in the like-for-like figures was also an improvement. We all know it’s a competive market and we all know the supermarkets were doing heavy discounting, so for a specialist off licence and convenience chain to deliver a -1.3% was a pretty good result in that first half.”

Despite the growth, the group as a whole slipped into the red for the period, with pre-tax losses of £4m after incurring £7.3m of costs for the Matthew Clark acquisition.