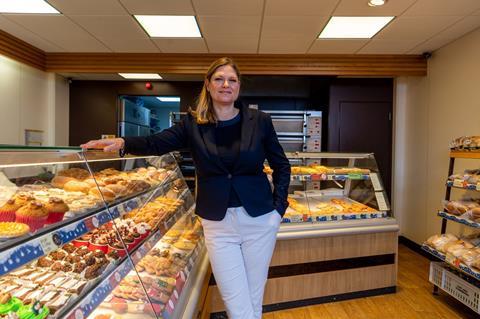 The business pushed up sales in the year ended 31 March 2019 as it expanded its network of shops, new accounts at Companies House revealed.

Revenues increased 5.7% to £50.2m as Cooplands, which operates from 160 shops across Yorkshire, Lincolnshire and the north east, continued to pursue organic growth through additional outlets, expanding in new geographical areas, as well as its more traditional northern heartland.

MD Paul Coopland, who has led the fourth-generation company since 1985, said the true growth figure was higher, at 7.7% after stripping out sales from discontinued operations. The business also continued to grow its mobile van sales fleet, which operates from the Durham and Hull bakeries.

However, lead costs for the new mobile business hit profits, as did rising raw material costs and increases to the national living wage.

“Uncertainty surrounding raw material costs continue to persist, and during the year, whilst price increases were not as extreme as previously experienced, they still rose stealthily, putting pressure on margins,” Coopland said.

“Price uncertainty continues, with Brexit concerns leading to caution in both suppliers and customers, and apparently upsetting the normal cycles of supply and demand. We are, however, optimistic that once political and economic certainty is restored prices will be more predictable.”

The devaluation of sterling since the 2016 Brexit vote has hit food businesses hard, with the prices of ingredients such as oil, meat, fats, flour and dairy goods rising.

“We continue to maintain a good pipeline of new outlets, and plan to expand further our retail shop, café and mobile business, whilst maintaining and improving the range and quality of the products for which we have become known,” Coopland said.

She said the business had “ambitious plans” to accelerate growth, with an “evolution” of its shop format and product offering.

“We’ve invested in our three bakeries to provide a great platform for growth and innovation in the products we sell,” Youngs said.

“A couple of examples of initiatives now in market, or launching soon, include our innovative Christmas range. And 2020 will see the relaunch of our breakfast range to incorporate healthier and even more convenient choices, as well as the continued development of our vegan range.”

In December 2017, the Business Growth Fund invested £8.5m in the business to support the growth strategy and rollout of more shops across the north of England.