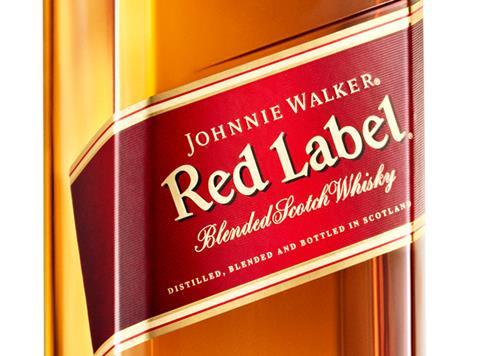 Premium brands were a bright spot for Diageo, which was affected by weaker sales in emerging markets

Weakness in emerging markets has continued to affect the performance of Diageo, which today reported a “mixed performance” in the year to 30 June.

Net sales rose 0.4%, but overall volume sales were down 2%, and operating profit fell 20% (reported growth) to £2.7bn. The company said macroeconomic and market-specific challenges had impacted its top-line performance, but insisted higher-priced lines were doing well.

Operating margin improved 0.8ppt and procurement-driven savings worth 4% of total marketing spend had “more than offset” the cost of increased activity, it said.

Top-line growth and significant margin expansion in North America and the stabilisation of business in Western Europe had helped offset the weakness in emerging markets, according to CEO Ivan Menezes.

Sales rose 3% to £108m in its biggest market, North America, which accounts for 34% of the company’s sales. This was driven by reserve brands, Scotch, North American whiskey and tequila, but volumes were down 1% - hit by falling sales of Smirnoff - and operating profit before exceptional items fell 1% to £1.46bn. US spirits and wines grew 5%, and reserve brands rose 14%, driven by Johnny Walker super and ultra-premium lines and Bulleit. Marketing spend across the region rose 10%.

Western Europe saw flat volume, with “modest” growth in the UK, Benelux France and Nordics offsetting declines across Southern Europe and Ireland, down 3% and 4% respectively. Ready to drink products increased 5%, but sales of wine fell 2%, despite strong growth of Yellow Tail and new innovation from its Blossom Hill wine brand, and beer also fell 3%.

Net sales in the UK grew 2%, driven by strong performance of Baileys – up 8%, in part driven by the launch of Baileys Chocolat Luxe – Captain Morgan and Reserve brands, which saw particularly strong growth of 29%. This was driven by Talisker and premium vodka brand Cîroc, which it said had doubled in size to become the fastest growing super premium vodka in the UK. Smirnoff struggled, down 3%, despite the successful launch of Smirnoff Gold.

Driving innovation, growing the reserve portfolio and focusing on profitable growth for the premium core business would continue to be a focus for the company, Andrew Cowan, country director, Diageo Great Britain, said.

Net sales in Asia Pacific fell 7% on volumes down 5%, while operating profits also fell 13%. Greater China was particularly affected, down 31%, with Baijiu brand Shui Jing Fang falling 78%, and international brands down 14%, driven by a 20% fall in Scotch. However net sales of reserve brands grew 9%. Meanwhile India benefitted from the company’s agency agreement with USL and returned double-digit growth of 42%.

The company had “created a stronger business in a tougher environment”, gaining share and expanding its margin, CEO Ivan Menezes said. He pointed to the performance of its reserve brands and margin improvement through a “ruthless focus on driving out cost”.

“We have made progress in accelerating the performance of our premium core brands but these brands have been under pressure given the environment this year, although we have delivered share gains in a number of markets,” he said. “The catalysts for a near-term recovery of consumer spend in the emerging markets are still weak, however the future growth drivers for this industry, its aspirational nature as consumers in the emerging markets see increasing disposable income, are undiminished.”