Do Kraft Heinz's travails signal the end of the zero-based budgeting era?

After Kraft Heinz posted a US$12.6bn fourth quarter loss, has the poster child for cost cutting shown the era of zero-based budgeting is coming to an end? 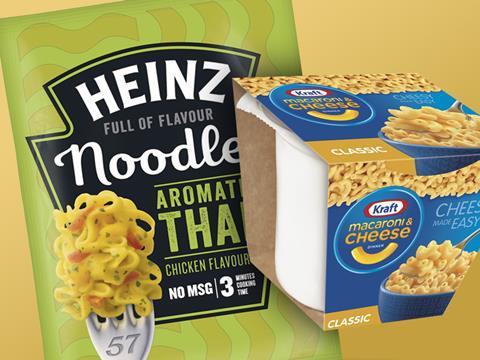 The US consumer giant posted a staggering fourth quarter net loss of more than US$12.6bn late on Thursday after taking a US$15.4bn write down on the value of its Kraft and Oscar Mayer brands, while also slashing its dividend by more than third and announcing an regulatory investigation into its procurement accounts practices.

Sales were actually up 1% in the quarter, with management instead blaming higher than expected manufacturing and logistics costs for the grim update.

But the troubles of Kraft Heinz – which has lost 27.6% of its value since Thursday and is now down 48.4% year on year – point to a wider malaise at the group.

By the end of 2017 owners 3G Capital and Berkshire Hathaway had stripped out US$1.5bn of costs since the 2013 merger and had built margins up to be the envy of the industry.

What it has failed to build is sustainable growth – and its fall from grace will be seen as proof of the maxim that you cannot cut your way to success.

Kraft Heinz is over-exposed to the low growth North American consumer market and has a stable of mass-market brands that might be well known but lack appeal to increasingly health conscious consumers.

The business is far from alone in this predicament – with household names from Coca-Cola to Kellogg’s struggling to connect with US consumers and grow volumes.

But Kraft Heinz has been notably slower than many of its rivals to attempt to get to grips with the issue.

Nestlé (NESN) and Unilever (ULVR) have both come under pressure from investors to boost shareholder returns in the wake of 3G Capital’s reshaping of the consumer industry. While both have responded by looking to step up margins and buy back shares, both have made significant investments in growth – such as Unilever buying Dollar Shave Club and Nestlé acquiring Blue Bottle Coffee – while Kraft Heinz has failed to reshape its portfolio in the same way.

After failing in its audacious attempt to take out Unilever, Kraft Heinz seems to have run out of growth ideas with the emphasis constantly on sweating its low growth assets harder and harder.

The Wall Street Journal’s verdict last week was damning, declaring that its “experiment in radical cost-cutting has failed”.

Broker Bernstein agreed: “We believe these impairments validate fears that Kraft Heinz may have been more focused on costs than building brand equity…. Even if management now has ‘seen the light’, we are now concerned that its brands lack the equity to drive pricing power needed to compete and drive growth in a sustainable way.”

Does this signal the end of the zero-based budgeting model that has come to dominate the consumer goods industry?

There is nothing fundamentally wrong the ZBB principles where every penny spent requires a return-based justification rather than just rolling over last year’s budget.

More than a dozen global fmcg giants have adopted the ZBB approach and there is no reason why players like Unilever, Diageo (DGE) and Nestlé should ditch the principle.

However, Kraft Heinz’s own approach to ZBB is in need of a radical shift. ZBB principles need to be about more than just giving back cash to shareholders. Efficiencies are absolutely necessary, but cannot be at the expense of growth by slashing marketing and R&D spend.

Kraft Heinz has finally acknowledged it needs to increase marketing spend in the wake of its disastrous fourth quarter.

News has also emerged that Kraft Heinz is exploring a sale of its low-growth Maxwell House coffee business and it is inevitable to will have to embark on a more radical portfolio shake-up to divest non-core assets and buy in growth – particularly away from the stagnant US market.

This week AB InBev will release its full year results having already shed 32% of its share price over the past year.

While the problems facing AB InBev (ABI) are driven by its massive debt pile (post its SABMiller acquisition) rather than growth – it still asks fundamental questions of the 3G Capital model that focusses on expanding margins through debt-driven scale and consolidation.

The apparent success 3G Capital model was the primary trigger for a wave of activist investors to target the boards of consumer goods giants and demand they ratchet up margins and shareholder returns.

A host of CEOs have since stepped down under this pressure. They – and their successors – are unlikely to shed many tears that the wheels seem to be falling off for the kings of cost cutting.