HelloFresh’s results show recipe boxes may be worth the perseverance 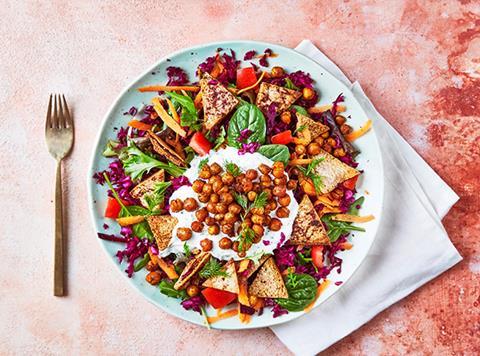 The meal kit model had its fair share of doubters, including the Dragons’ Den panel, who rejected Gousto in 2013

What if someone offered you groceries, but in more expensive, less flexible and more time-consuming way? It doesn’t exactly sound like a compelling proposition. But that essentially summed up the early iterations of recipe boxes.

Meals could cost in excess of £7 per portion. Customers needed to sign up to a weekly subscription. The time saved by ingredients being delivered to your door was most likely outweighed by the time spent grappling in the kitchen with unfamiliar, sometimes complex recipes. No wonder the model had its fair share of doubters – most notably including the Dragons’ Den panel, who famously turned down Gousto founder Timo Boldt’s bid for investment in 2013. It all seemed, well, a bit of a faff.

This week’s results from HelloFresh are one in the eye for those early doubters. For in the final quarter of 2018, the recipe box company passed the two million customer mark for the first time. Admittedly that is worldwide – the figures are not broken down by country – and recipe boxes still account for a tiny proportion of the UK grocery market. But the results indicate a definite appetite for a concept that was once widely rubbished.

In depth: As investment surges, what are the challenges of the meal kit sector?

For HelloFresh, the growth in customer numbers is the result of some hard work behind the scenes. That’s not just been about upping its notoriously high marketing spend, which remains well into nine-figure territory. Crucially, it’s been about tweaking the proposition to make it more relevant to the modern consumer.

One aspect is choice. Initially, customers could choose from just five recipes a week, most of which took more than half an hour to cook. Today consumers have a choice of 20, some of which take as little as 10 minutes. The introduction of new ‘rapid’ and ‘express’ meals – the latter of which take 15 minutes or fewer – was particularly inspired. Although Brits may profess to have a growing interest in scratch cooking, surveys consistently show we are spending less and less time in the kitchen. So there is a clear demand for recipes that don’t detract from vital sofa time.

Then there’s the increased flexibility in delivery options. Although customers have always been able to opt out of as many deliveries as they choose, the idea of signing up to weekly subscription was a turn-off for many. Now you can choose fortnightly or monthly slots. (Or at least, HelloFresh offers you that option before you cancel.)

Finally, HelloFresh has gone some way to addressing the price conundrum. It may never be a budget proposition, but a box of three meals for two now works out at £5 per portion. Which seems a snip compared with the previous price points of £7-plus. The more affordable prices could well appeal to a wider range of consumers beyond the well-heeled cooking novice.

All of which is making the recipe box an increasingly attractive proposition. Yet there remains one fundamental issue with the model: marketing spend. HelloFresh spent an eye-watering €239.7m (£209.3m) on marketing in 2017. Arguably, that spend is needed to make consumers aware of a business with no physical presence, and convince them to sign up. But this investment is consistently eating into its profits: HelloFresh’s operating losses totalled €88.8m (£77.5m) in 2017.

Ultimately, HelloFresh is hoping to reach a critical mass, at which point it can rein in the marketing spend. But until that time it’s unlikely to turn a profit – or convince those remaining doubters.