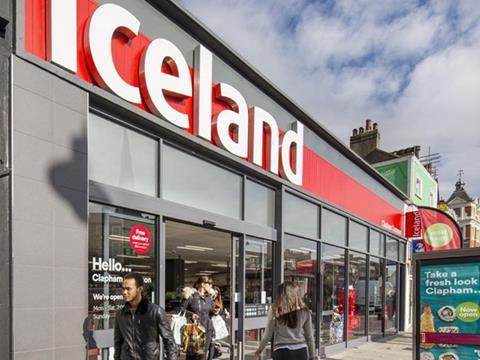 The strong performance comes on the back of a 2.7% like-for-like decline in the previous year.

Iceland said its strong Christmas trading performance was reflected in a like-for-like sales increase of 4.9% in the final quarter.

Like-for-like growth was principally driven by a rise in total transactions as the chain attracted new customers and re-energised dormant ones, while maintaining its appeal to established shoppers. Iceland also saw an increase in average basket values during the year.

There were no exceptional administrative expenses during the year, compared with £9m incurred during the prior year in relation to business restructuring costs.

Iceland stated: “In a UK food retail market that has remained intensely competitive and keenly focused on price, we have sought to differentiate Iceland through our focus on frozen food, exciting innovation, great quality and outstanding value - all of which combine to give customers a compelling reason to visit our stores or website.

“An exciting programme of product innovation throughout the year has been key to driving sales. We have enjoyed particular success in frozen fish and seafood, where we have firmly established Iceland as the UK’s leading specialist.”

Iceland founder and executive chairman Malcolm Walker said the improved results were down to its focus on improved range and store standards over the past couple of years.

“The set of strategic initiatives we began in 2015, with the aim of differentiating Iceland, changing consumer perceptions and so restoring growth to our business, bore fruit in the year under review,” he said.

“Like-for-like sales performance improved throughout the year to make us one of the UK’s fastest-growing food retailers by the year-end… At the same time, we reinforced our value credentials through a programme of outstanding value deals, made our stores more relevant and accessible to customers by extending and standardising their opening hours, and continued to open profitable new stores under both The Food Warehouse and Iceland fascias.

“All our initiatives were successfully communicated through our distinctive ‘Power of Frozen’ marketing and PR campaign, across both traditional and social media, which is playing a significant role in changing public attitudes to frozen food, increasing appreciation of its many advantages, and identifying Iceland as the natural place to buy it.

“After a record Christmas, Iceland ended the financial year with its best-ever product offer, strengthened management, high morale and growing confidence in our ability to achieve continued growth by simply being ourselves: a unique British business focused on high quality, innovative and exciting food, with a real commitment to contributing to the communities in which we operate.”

Nick Canning and Nigel Broadhurst will continue as joint managing directors of Iceland Foods, Richard Walker as managing director of The Food Warehouse, and Richard Ewen as trading finance director.