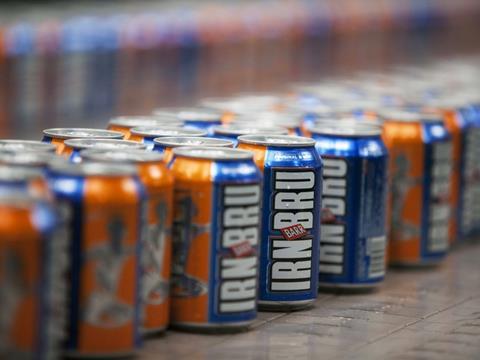 AG Barr has said this morning its final quarter trading performance was well ahead of the market as it posted revenue growth of 5% for the period ended 25 January.

It achieved the sales hike despite shying away from the aggressive price promotions deployed by rivals.

The strong performance in the period helped renew sales momentum following a slower third quarter with full year revenue now expected to be £259m – a year-on-year growth of 2% but just below analysts’ forecasts of £266m.

“All core brands have performed well across the year in what has been a period of low market growth in soft drinks,” Barr said in the trading update. “Despite the underlying performance, the market has at times been volatile, with periods of intense competitive trading activity, as brand owners and retailers across varied channels fought for market share.”

AG Barr, which owns the Irn-Bru and Tizer brands, said it was “cautiously optimistic” regarding the new financial year and expected further growth and development across the group.

The business added it was making good progress with new carton and multi-packing facilities in Milton Keynes, allowing the Tredegar site in Wales to close as planned in early February.

Investec analyst Nicola Mallard said that stepping back from deep discounting affected the group’s top line during the second half but did not impact on the overall profit performance. “Barr continued to outperform the soft drink market in FY15, despite opting to stand back from some of the more deeply discounted promotions in evidence,” she added. “This has helped protect margins whilst the group continues to invest in building brand equity, with events such as the Commonwealth Games sponsorship. We make no changes to our profit forecasts [pre-tax profit of £41.5m] or target price [673p] and retain our ‘buy’ recommendation.”