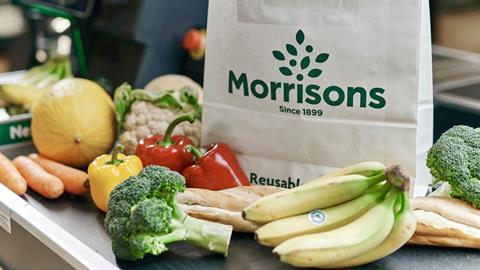 Morrisons results: what the analysts say

This morning Morrisons announced an 8.6% jump in profits on the back of strong revenue growth in its wholesale arm and declared its turnaround “well on track”.

Here’s what experts have to say about the supermarket’s performance and prospects.

“Morrisons has reported further notable financial progress under the tutelage of CEO, David Potts CBE. In a turbulent year for retail, the Group has recorded 10.0% PTP growth, the third consecutive notable rise, whilst engineering a broader and more resilient business through which to grow. Such an outcome is no mean feat, a far cry from the misplaced market views of this team in CY2015, but we believe there is more to come from a balanced and disciplined approach to the operation of the Group, one that has once again resulted in the Board announcing good ordinary dividend growth supplemented by a special distribution.

“Following this update, we are retaining our FY2020 PTP expectations, which with strong solvency ratios, make a 6.6 times (x) EV/EBITDA ratio appear attractive to our minds. Beyond Morrisons, we always believed that the proposed merger between Sainsbury & Asda was more of an opportunity than a constraint for the Group and if the UK CMA sees through its provisional findings, we continue to stand-by that view. Morrisons is a high-quality British food maker and grocer.”

“Morrisons stands out as the vanilla option among supermarkets. It is free of the M&A hangover overshadowing Sainsbury and Asda, and is liked by its customers, with satisfaction up 20% in the last four years, and top of the big four supermarkets at 64%, according to Which? compared with Tesco at 59%. It also shows steady evolution of its business model, with £700m annualised wholesale supply sales achieved, ahead of target and on its way to £1bn. With a further £12m profit from non-retail activities including wholesale, services, interest and online, it takes the total to £54m, on track for its £75m-£125m target.

“Net debt of £997m represents debt/EBITDA leverage of only 1.1 times, although when the pension surplus of £688m is added that becomes 1.8 times. This is still a well controlled balance sheet, and management has an objective to maintain low debt levels through capital discipline.”

“Credit where it’s due, today’s results are good going from Morrisons, the in store like-for-like sales growth may not be impressive, but it’s something not all its competitors are managing. However, the real jewel in Morrison’s crown is its wholesale supply deals with the likes of Amazon and McColl’s - £700m of sales came from the wholesale division this year – and that number’s expected to hit £1bn soon enough.

“That added dough is needed to feed the bottom line, in what has become an increasingly competitive industry. Morrison’s lower price point means the rise of Aldi and Lidl is a threat, so it’s important Morrison does what it can to widen its offering. The group may have sighed with relief on news the Sainsbury/Asda merger has run into trouble, but the possibility remains that someone else could snap up Asda, and that would put another helping of competition back on the table.

“Another area management’s been scratching its head over for a while is the online business, with this only making up a meagre part of the overall story. A partnership with Ocado is getting things moving in the right direction, but Morrison still has a long way to go to catch up with the rest of the Big Four on this front.”

“A growth story from Morrisons this morning - reporting like for like numbers of 1.5 percent in the core estate including Morrison.com. The real success and growth driver is clearly the wholesale agreement with McColl and the ongoing sales driven by their relationship with Amazon. Not only are these two initiatives growing top line sales growth, but they are the levers of profit. Morrison’s are not immune to the continued pressures on consumer spending.

“Morrison’s have much to be happy about, but there are concerns that their 3rd growth lever, .com appears either to have slowed down or their store performance has significantly dropped. The changed dynamic in their relationship with Ocado with M&S now at the table is going to be a concern in the short to medium term.”

“Amongst the strongest performers YTD in the consumer sector are those companies subject to M&A activity or speculation. Trawling through today’s Morrisons FY results prompted us to wonder whether the very recent significant bounce [+59%] at McColl’s since its disappointing FY results and outlook statement on 18 February may have been driven by expectations of a takeover by Morrisons.

“Following McColl’s FY18 results on 18th February, we had highlighted that the ongoing operational disruption following the January 2018 administration of Palmer & Harvey (MCLS’s then key supplier) and the transitional challenges from the accelerated transition to its new supply partner (Morrisons’ wholesale arm ) had impacted FY18 results and continue to constrain MCLS’s ability to capture the real opportunity on offer here. MCLS’s share price is down -4% this morning. We wonder therefore whether this is because of stockmarket disappointment of no hard signs of a takeover?

“In our view, Palmer & Harvey’s demise has had a significant detrimental effect on the MCLS equity story. Despite MCLS management’s and Morrisons’ best efforts, the central challenge of such a turnaround is that it typically can take several years to complete given the scope of the wider changes that are also required in tandem.”