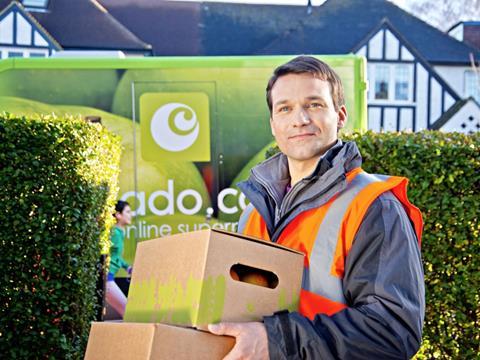 Is Ocado finally about to make a profit?

Ocado is on track to turn a profit this year, chief financial officer Duncan Tatton-Brown reaffirmed today, as the online retailer reported Q3 sales up 15.5% to £218.5m.

Factoring in the revenue from its tie-up with Morrisons, the picture was even rosier – with group sales up 22.5% to £231.9m.

Ocado hasn’t had the easiest time of it of late; shares fell sharply at the end of August after a savage note from broker Redburn poured scorn on the uniqueness of the company’s IP, while other analysts have questioned repeatedly whether the stock is overvalued (shares closed up 0.90p having soared in early trading today).

On the company’s IP, Tatton-Brown was unsurprisingly bullish: “We don’t question the value of our IP. We deliver technology that is of significant value.” As for Redburn’s note: “It doesn’t unduly concern us. People are entitled to their views.”

Ocado has number of patents filed, “but patents are not the right metric in any event”, added Tatton-Brown. “Our IP is not based solely on patents. We don’t patent our software, for example.

“We know what problems there are in this game. We’ve solved and continue to solve those problems. We’re still confident on that.”

International partnerships – built on the back of that much-vaunted IP – are seen by many as key to Ocado ensuring long-term profitability. “A lot of work is ongoing. We continue to talk to people,” said Tatton-Brown, adding that Ocado intended to re-platform and enhance its software before taking the plunge.

“North America is a large market. GDP per customer is good. It’s easy to do business there. But we believe our service would work ultimately in all markets around the world.”

Ocado’s numbers today got the thumbs up from Rob Joyce at Goldman Sachs: “We believe the reacceleration of Ocado’s growth in 3Q, amidst a highly competitive UK grocery market, confirms the attractiveness of its proposition to the consumer and the structural growth of the online grocery channel.

“We believe that Ocado’s 22.5% growth at the group level is a material operating advantage vs. the UK incumbent grocers that continue to struggle with negative like-for-like sales growth. We continue to believe that the capital light model of Ocado, led by its recently announced CFC3 (implied asset turnover of 7.8x, excluding land and building) along with its superior technology will help the company expand internationally.”

Ocado presents its full-year numbers on 3 February; with a first profit tantalisingly within reach, it may finally silence the doubters.