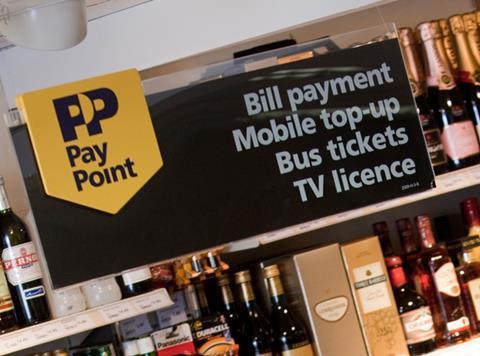 Payment technologies business PayPoint believes the company can tap into iBeacon to the benefit of its retail customers.

Dominic Taylor, chief executive, talking as the company released interim results, said: “We are actively thinking that through to see how we can add value to the retailer proposition.

“We see ourselves as one of the technology gateways into these retailers where we can help them develop their businesses.”

PayPoint potentially had a big role to play when it started to consider what the next-generation hardware was going to be to facilitate a much broader value offer for retailers, helping them more at the front of store with iBeacons and potentially the back of the store as well, “particularly at the smaller end of the convenience community”, he said.

“I think that consumers are going to expect the same digital experience they get online and on a mobile in a shop so the traditional retail challenge is what does that mean and how can I present that opportunity to the consumer in a way that they will find compelling and want to shop with me rather than someone else,” Taylor said.

“We envisage over the next two or three years putting more kit in the store and iBeacon can be provided as part of it.”

He gave a hypothetical example of a customer walking into a shop that already knew what the person wanted to buy, taking them to the right place in-store and giving them a tailor-made promotional offer and they could then pay via their handset.

“The concept of digitalisation in physical stores is quite a big one and will require a big change of mind-set by retailers and by [their] suppliers,” Taylor said.

Taylor said the company’s Collect+ joint venture with Yodel continued to grow – transactions increased 48.5% to 8.4m and since the period end, the number of sites had increased to more than 5,800.

PayPoint had started to reorganise the network of Collect+ stores to ensure optimum coverage for consumers.

Mobile top-up transactions in the UK continued to decline and accounted for £7.4m, down from £8.2m in the comparable period, comprising 12.7% of net revenues compared with 15.2% in the first half of 2013.

PayPoint was developing a multi-channel product to address the payment challenges faced by utilities as a result of the government’s mandated change to smart meters by 2020, building on the company’s existing online payment solutions for prepayment meters.

“Our retailers are the core to who we are and what we are and we want to make it better still,” Taylor said.