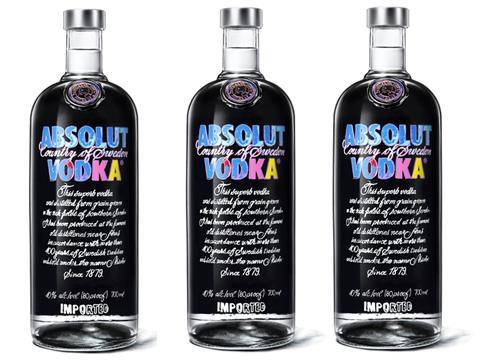 Pernod Ricard undershot industry performance expectations for the 2014/15 financial year after the drinks company decided to book an impairment charge of €404m on its biggest brand, Absolut – which it said was driven by lower growth in the US.

The business’s worldwide net sales in the 12 months to June were up 8% to €8.56bn, while profit from recurring operations grew 9% to €2.24bn. Performance varied widely by region, with sales for Asia/rest of world growing 14%, but Europe down 2%.

The group’s organic sales growth of 2.3% missed expectations, said analysts Raymond James, who predicted organic growth of 2.8%. But it said that the 5% organic growth seen in the second half of the year, after flat growth in the first, meant that the company’s growth would be likely to pick up in 2015/16.

The best performers among the group’s brands were The Glenlivet, with sales up 11%, Jameson (up 10%), Campo Viejo (9%), Perrier-Jouet (9%) and Mumm (7%). Absolut, easily Pernod Ricard’s biggest brand by volume, lost 1% of its value on flat volumes.

“Our strategy has remained consistent and is delivering results. For FY15/16, despite a challenging and volatile macroeconomic environment, we aim to continue gradually improving our business performance. We will continue to support priority brands and innovations while focusing on operational excellence.”