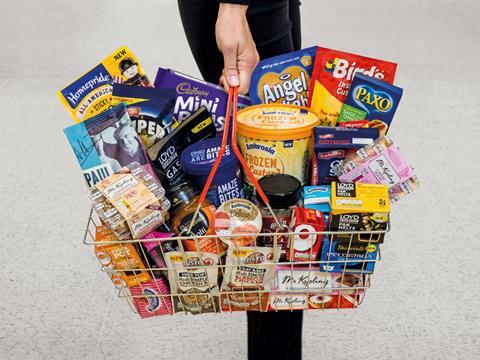 A reduction in supermarket multibuy promotions and own label growth has wiped out branded sales growth, Premier Foods has claimed, after issuing a profits warning this week.

Although sales over the four-week Christmas period rose 4.5%, sales for the third quarter as a whole (the 13 weeks to 31 December) fell 1% to £251.4m, with branded value sales slumping 3.8% despite overall volumes growing 3.4%. The cut in grocery promotions had particularly hit sales across its sauces, CEO Gavin Darby said, resulting in price deflation and lower volumes.

Although six of its eight branded categories grew volumes, more expandable and impulse categories, such as Homepride and Loyd Grossman, have suffered. Premier had to find ways to claw back costs as commodity inflation threatened to weaken its margins, he added.

Darby said Premier had seen sugar rise 45% in sterling terms in the past 12 months, while palm oil is up 43% annually and butter by as much as 90% in just the past six months.

Darby admitted these rising costs had particularly hit its sweet treats division, including Mr Kipling, and “limited price increases” would be looked at. However, he firmly rejected pushing through across the board price increases.

stressing instead Premier would take a “collaborative and co-operative approach with major retailers”.

“We have a clear hierarchy to deal with this. First we’ll try to absorb the cost, second is to make changes to packaging configuration, third is reducing the level of promotional discount and the last resort is price increases”.

Premier has already cut the number of Mr Kipling individually wrapped slices from nine to eight in larger packs, but Darby stressed that where action on pack-size is taken the price would also be reduced.

When rejecting the advances of US suitor McCormick in April last year, Darby raised his medium term sales growth outlook to 2-4%. While he did not explicitly lower this expectation, he cautioned the longer-term outlook had become more challenging.

“We will continue to grow this business, but I’m a little bit more cautious as we work our way through the consequences of the retailers’ changes in promotional strategy,” he said.

However, Darby insisted Premier’s much trumpeted innovation had boosted sales. NPD was sold “on plan… with tremendous support from retailers”, but the incremental gains from new launches was dragged back by weaker sales in the wider portfolio.

He added investment in NPD remained critical, but that it was necessary to cut costs at the “back end” of the business, such as warehousing and distribution, to enable continued investment in its brands.

The Premier board has been under intense investor scrutiny since rejecting the takeover approach from McCormick last summer and instead opting for a co-operation agreement with Japan’s Nissin Foods. This week disgruntled US hedge fund Paulson & Co called on the board to put Premier up for sale.