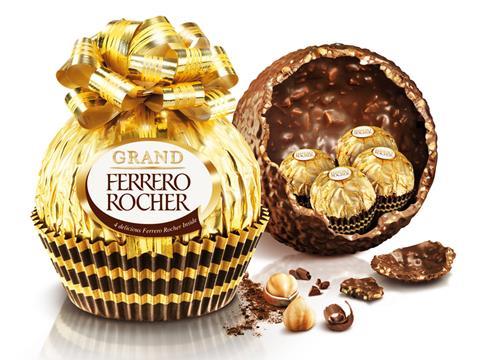 UK sales at Ferrero jumped by almost a third in the year ending 31 August 2017 but pre-tax profits plunged amid ­rising costs.

Revenues at the Nutella manufacturer rose 31% from £292m to £383m during the first full year following the company’s £112m acquisition of Thorntons.

However, as sales grew profitability suffered, with pre-tax profits falling from £5.2m for the 2016 financial year to £500k for the most recent reporting period.

Overall, the company saw headline losses of £1.5m on the back of a remeasurement of its pension scheme. The cost of the scheme rose from £853k to £2m for the year, turning the modest pre-tax profit into a headline loss.

“The UK is a valuable part of the Ferrero business. These latest results reflect significant investment in our UK operations and our commitment to continued growth,” said a Ferrero UK spokesman.

For the second year running the company’s directors recommended no dividend be paid out.