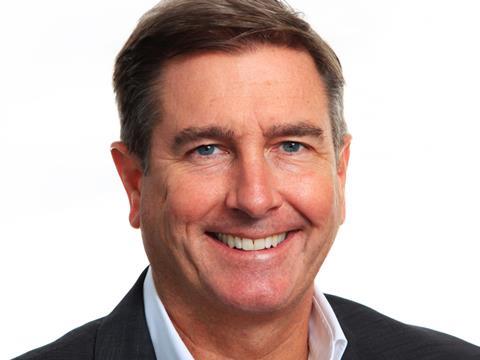 The boss of Young’s Seafood has insisted the processor is on a sound financial footing amid reports this week its capital structure was “totally broken”.

Responding to claims – first reported by seafood industry website Undercurrent News – that the business faced an “uphill struggle” to cover its payment in kind (PIK) notes due by 2019, Young’s CEO Bill Showalter said the business was “performing solidly”.

The Undercurrent story claimed that Young’s Seafood International Holdings, the parent of the UK seafood business, had seen its earnings decimated by the devaluation of the pound and was facing a “ticking time bomb” over its debt pile.

The PIK note debt could be as high as £220m by the time they matured in 2019 and would need to be refinanced, a seafood sector source said, leaving the business significantly exposed.

However, Showalter said he did not agree with the report’s description of the capital structure.

“Young’s Seafood Limited (the operating company) is performing solidly with EBITDA delivery in line with plan, in an extremely difficult trading environment,” he said.

“Our brand remains the clear number one in both chilled and frozen market products, across multiple channels and temperature formats. Young’s Seafood Limited is cash generative, has no cash pay debt, has undrawn credit facilities and excellent liquidity, and we are optimistic for the future.”

Both Seachill and Showalter declined to comment on the rumours.

Speaking as Young’s announced its full year results for the 12 months to 30 September, Showalter said the processor had managed to claw back some of the £100m it lost when Sainsbury’s switched its own-label salmon supply to Marine Harvest in 2015.

Showalter reiterated his position that the business was now on a good trajectory, despite the UK grocery sector remaining “competitive and challenging”.

The Sainsbury’s contract was “an important part of our portfolio, but we took actions against the cost base last year to mitigate some of that loss”, he added.

However, currency fluctuations had hit Young’s dollar-denominated purchases hard, he said, with some costs rising by as much as 17% since last June’s referendum.

“But we feel good about where the business is at,” he said. “The Young’s brand is doing well and we feel were playing an important part in driving seafood growth.”

Showalter also hinted that Young’s would not follow rivals such as Birds Eye in jumping on the ‘shrinkflation’ bandwagon as a result of higher costs caused by the weaker pound.

“We remain committed to giving British consumers great value for their pound of food spend, and that commitment to product integrity and to value for money remains in place,” he said. “Inflation is real, it’s an economic reality, but our margin structure will be different to someone like Unilever and that means we’ve got to deal with this in a different way.”