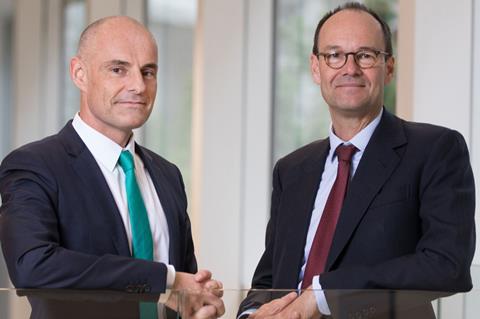 Asda and Sainsbury’s have attempted to salvage their proposed merger by offering to sell off both supermarkets and petrol forecourts, and pledging to deliver £1bn worth of lower prices.

The retailers confirmed today that they had responded to the CMA’s provisional findings of its phase two investigation into the deal and its notice of proposed remedies. They have outlined supermarket and petrol forecourt divestments across both brands “that would satisfy reasonable concerns regarding any substantial lessening of competition as a result of the merger by applying a conservative yet reasonable threshold”.

The supermarkets said the savings would equate to around 10% on everyday lines, and would come to fruition by the third year following their merger.

These include investing £300m in the first year followed by a further £700m over the following two years.

Sainsbury’s also said it will cap its fuel gross profit margin to no more than 3.5p per litre for five years, while Asda will guarantee its existing fuel pricing strategy.

In addition, they will continue to pay small suppliers with turnovers of less than £250k within 14 days, and Sainsbury’s will commit to do the same.

These pricing assurances will be independently reviewed by a third party, and Asda and Sainsbury’s will publish the performance each year. The retailers said these steps would “satisfy reasonable concerns regarding any substantial lessening of competition” as a result of the deal.

The CMA’s provisional findings said the deal would lead to higher prices across the UK. Sainsbury’s and Asda said they “strongly disagree” with the conclusions and argued the CMA’s analysis contained “significant errors”.

These include its choice of threshold for identifying competition problems, which the supermarkets claim generated an unreasonably high number of areas of concern.

Read more: Sainsbury’s-Asda: reasons why our merger should go ahead

“We are trying to bring our businesses together so that we can help millions of customers make significant savings on their shopping and their fuel costs, two of their biggest regular outgoings,” Sainsbury’s chief executive Mike Coupe and Asda chief executive Roger Burnley said in a joint statement. “We are committing to reducing prices by £1bn by the third year which would reduce prices by around 10% on everyday items. We are happy to be held to account for delivering on this commitment and to have our performance independently reviewed and to publish this annually.”

“We hope the CMA will properly take account of the evidence we have presented and correct its errors. We have proposed a reasonable yet conservative remedy package and hope the CMA considers this so that we can deliver the cost savings for customers.”

The supermarkets stand by their view that the deal would lead to lower prices for shoppers and improvements to customer service and product quality. They believe this will be done by jointly buying shared goods and services and reducing central costs, installing Argos stores into Asda supermarkets, and securing lower purchasing prices from suppliers, predominantly by paying the lower of the two prices that Sainsbury’s and Asda currently pay large suppliers for identical SKUs.