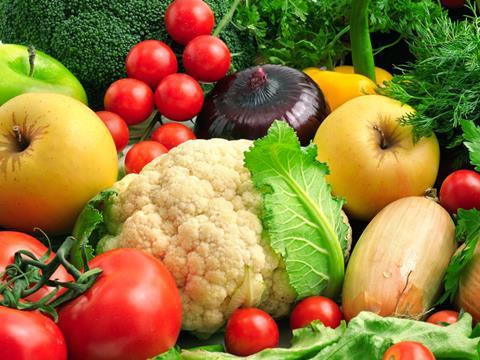 Sainsbury’s will reward shoppers who opt for vegetarian products

Sainsbury’s is set to trial new-format stores that will encourage customers to buy more vegetables and less meat.

Over the coming months, the supermarket will place vegetarian alternatives next to meat products, hand out meat-free recipes and reward shoppers who choose vegetarian products with vouchers and loyalty points in selected stores as part of a research collaboration with Oxford University.

The research is being funded by a £5m Wellcome Trust project called Our Planet, Our Health, which aims to create a more sustainable approach to the environment - and in turn improve health - by reducing potentially harmful activities such as excessive meat consumption.

The initiative comes after a study by scientists at the Oxford Martin School found greenhouse gas emissions could reach unsafe levels if the world’s growing population continued to eat the same amount of meat. Emissions could fall by two thirds if there was a widespread switch to vegetarianism, the study concluded.

Sainsbury’s declined to reveal how many stores would participate in the trial, but the Observer reported it would include a “range of outlets” from local stores to its superstores, as well as its online shopping service.

A Sainsbury’s spokeswoman said the emphasis on vegetarian options would fit with emerging consumer trends.

“We are seeing an increasing number of customers choose to have meat-free days as part of a ‘flexitarian’ diet, and choose dairy alternatives. But for many this will be a short-term trend,” she said. “Through this research with Oxford University, we are looking at how we can help customers make more informed choices and encourage long-term sustainable and healthy diets.”

Defra data shows consumption of fruit and vegetables has fallen steadily in recent years. In 2014, UK sales of fruit were 14% lower and vegetables 5% lower than they were in 2007, according to its data.