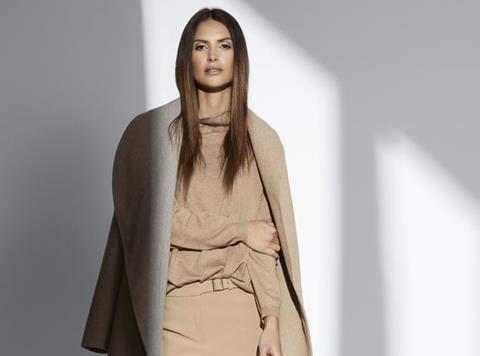 Sainsbury’s has unveiled a new premium women’s clothing range in a bid to further grow its non-food business.

The supermarket said the Tu Premium collection of daywear, outerwear and footwear “took its inspiration from the catwalk” and would rival the likes of Hobbs, LK Bennett and Whistles with “significantly lower prices”.

The new range will be available in 160 stores - fewer than its standard Tu clothing range, which is available in 400 stores - and online from 6 September.

The launch comes less than a month after Sainsbury’s broadened its menswear portfolio with the launch of branded sports range Admiral Performance.

Sainsbury’s cites its clothing arm as one of its “biggest areas of growth”, having experienced strong increases in sales over the past three years. Last year, sales grew by 8.5% and over 35 million Sainsbury’s baskets contained clothing.

The figures made Sainsbury’s the sixth largest clothing retailer by volume, according to Kantar, placing it ahead of John Lewis, H&M, New Look and Debenhams.

Kantar says 65% of people now buy clothes in supermarkets, which account for £1 in every £10 spent on clothing, footwear or accessories.

Sainsbury’s director of non-food trading James Brown said the retailer was keen to capitalise on the trend.

“Shopping for clothing in supermarkets has become firmly established, and our strategy of offering customers high street style at supermarket prices in an attractive, department store-style setting has helped us to increase our market share,” he said. “Our customers recognise quality and great value and they want to buy clothes with classic styling and upgraded fabrics from us.”