Sainsbury’s jumps the queue in the checkout-less store arena 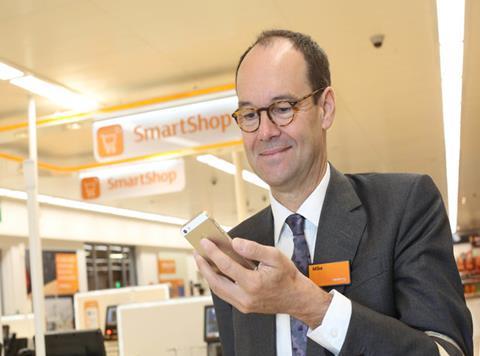 Nine months ago, Amazon promised we would wave goodbye to checkouts. The launch of its Amazon Go convenience store in Seattle – albeit in testing mode – was hailed as a potential game-changer. Using whizzy technology such as computer vision, sensory technology and “deep learning”, the promotional video suggested the grocery shopping experience could change forever.

“Four years ago, we started to wonder: what would shopping look like if you could walk into a store, grab what you want and just go?” narrated the slick voiceover. “What if we could weave the most advanced machine learning, computer vision and AI into the very fabric of the store so you never have to wait in line?”

Nine months later, we’re still wondering. The original grand launch date of spring 2017 has been pushed back for the foreseeable future, as Amazon reportedly grapples with numerous technical difficulties. In the meantime, the global tech giant has been overtaken by an unlikely rival in the till-dodging arena: UK supermarket Sainsbury’s.

Yes, Sainsbury’s quietly became the first grocer to offer a checkout-free experience at its London Euston branch this weekend. Using a trial app, customers who purchase the £3 ‘On the Go’ meal deal will be able to pick up their lunch and go without any need for that pesky till nonsense.

So how did Sainsbury’s manage to do what Amazon, despite its firepower, has struggled to achieve? The answer lies in far simpler technology. Sainsbury’s hasn’t bothered messing around with any sensors or AI. Instead, customers can simply scan their shopping and pay in the app.

This system does, of course, carry risks. Without sensor technology tracking every item taken from the shelves, it will presumably be easier to shoplift (this would explain why Sainsbury’s has started with a low-value item such as the meal deal, rather than letting shoppers loose in the spirits aisle).

Yet even that has a more low-tech solution than Amazon’s bells-and-whistles system. Independent app developer Ubamarket is working to roll out a checkout-free experience across all items in the Warner’s Budgens estate in the very near future. In this case, shoplifting deterrents are simple. For example, when you have paid, the app displays a bright green screen with the total amount spent. Shoppers present this to security on the way out to avoid seeing their mug on the next episode of Crimewatch.

All of which makes Amazon’s solution look overcomplicated and over-engineered. It is easy to see other supermarkets going down the route of a ‘pay-in-app’ solution – and Sainsbury’s may herald more of this activity – but will they really invest in sensory technology that even a global giant is struggling to make work?

So yes, Amazon Go may well have changed the way we shop. Just not quite in the way we imagined.