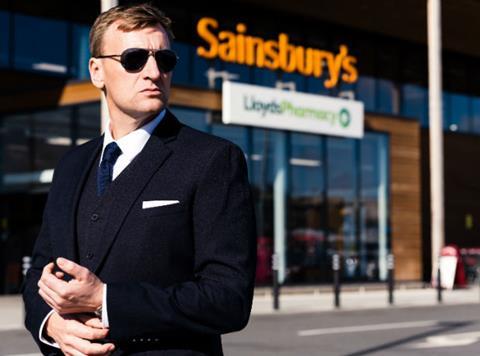 Sainsbury’s is urging men to swap Savile Row for the supermarket with a new formal menswear range.

The Tu Formal range includes 29 pieces of high-end menswear, such as a British wool three-piece suit for £160 and Harris Tweed jackets for £130.

The ranges are available online and in 250 Sainsbury’s stores.

Sainsbury’s said its strong performance in menswear had encouraged it to launch a “broader, on-trend collection”.

The supermarket’s menswear sales increased almost 13% in the year to September 2016, during which time wool-rich suits and blazers were “standout performers”.

Over the past year, Sainsbury’s has strengthened its leisure menswear offering with the addition of external brands such as Admiral Performance and Russell Athletic.

Tu Formal and Tu Premium for men mark Sainsbury’s first foray into first high-end menswear, coming just over a year after the launch of its catwalk-inspired womenswear range Tu Premium.

“Menswear is the fastest-growing area of Tu clothing and, having had a fantastic response to our premium womenswear launch, we wanted men to have a similar choice of high-quality, on-trend styles at fantastic value,” said Sainsbury’s commercial director James Brown.

“The new Tu Formal and Tu Premium menswear collections, designed to be a cut above typical menswear supermarket clothing ranges, allow us to go head-to-head with high street brands.”