The 2016 winners and losers of British grocery 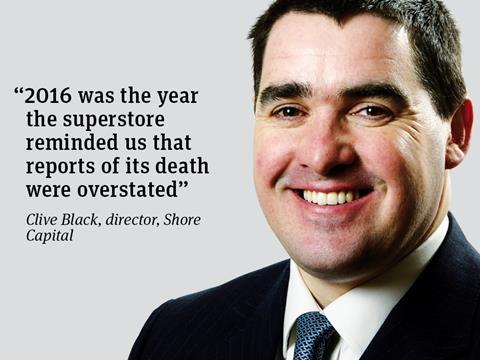 What a year, eh! No question mark needed, it’s a definitive statement. Not content with Leicester City, Brexit or Trump-town, the year ends with a mauling of Italy’s Renzi, political self-flagellation nearly as painful as Zac Goldsmith’s by-election suicide.

Was 2016 a year of jollity or misery for the British grocers? The general mood at the year end appears marginally brighter than at Midsummer’s Day when a new political era was unleashed, though the chins are probably lower in Ireland than in the UK, given its food system’s high dependence upon the latter with all of the uncertainty prevailing.

While somewhat taken aback ourselves by the year’s major developments, we did feel that the sun would rise on 24 June and dust would settle. And so it has come to pass that consumer confidence has rebounded somewhat, while retail expenditure in the late summer and autumn has been robust.

There are, of course, more uncertainties than answers at the moment for the food chain, not least of which include the cost of goods, ongoing consumer behaviour and the supply of labour. However, that is more for next year. So who in British grocery won and lost in 2016?

After years on the back foot, 2016 has undoubtedly been one when the superstore reminded us that reports of its death had been overstated. Boosted by much better decision-making, volume growth and less new space, grocery winners for the year include Tesco and Morrisons. We also believe that M&S shows well, as does the Co-op and Iceland.

Asda sadly lags again. Maybe stabilisation is around the corner - stock market talk of retail Armageddon proved misplaced - while Lidl has delivered a remarkable downturn in fortunes, offloading much of its senior team, too. Aldi is still gaining share but the free lunch is over and so it has experienced more sedate times - as is the case for Waitrose, with fewer new stores. Sainsbury’s is finding grocery life tougher too - note Tesco’s fightback - albeit it has a new toy in its basket with Argos, which could yet deliver shareholder fun.

Blackpool is building a new, bigger rollercoaster - that may be an appropriate starting metaphor to consider 2017.