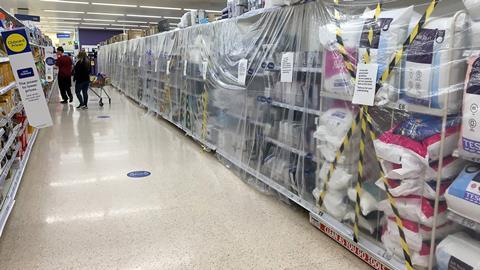 The essential items rule is confusing and came with very little notice, say retailers. Could the chaos now spread beyond Wales?

Images of so-called non-essential products being sealed off at the supermarkets have proved among the most controversial of the pandemic.

The rules, initially mooted as a means of minimising unnecessary shopping trips under Wales’ Covid ‘firebreak’, have provoked confusion and ridicule. Retail bosses have spent the week in talks with Welsh ministers about the draconian ban, which saw everything from Halloween toys and books to clothing and DIY products ruled off limits, and more than 60,000 shoppers sign a petition calling for a rethink.

So, why did Welsh leaders take such drastic action, and could similar measures be on the cards for the rest of the UK?

It was not until last Thursday, the day before the 17-day lockdown in Wales began, that supermarkets and c-stores learned there would be sweeping restrictions on all but the products that made them ‘essential’ retailers.

“We were given less than three hours’ notice and very little detail on what was deemed essential,” says ACS communications director Chris Noice.

The following afternoon, the Welsh government published more details. It became clear retailers would have to cordon off, empty or close a number of areas, including those selling electrical goods, telephones, clothes, toys and games, and garden products. Only “basic necessities” such as batteries, lightbulbs and rubber gloves were allowed alongside food, drink and medicine.

One major supermarket told The Grocer it had to close aisles “at extremely short notice with very little guidance, clarity or forewarning provided”.

“This caused lots of customer confusion regarding what’s classified as non-essential versus essential, placing frontline colleagues in an extremely difficult position as they don’t have clarity or information to placate customers,” said the source.

“It has also led to a huge pile-up of stock in our Welsh stores and associated warehouses.”

Amid a public backlash and warnings from police that the ban was in effect unenforceable, ministers sought to justify the approach, while retail bodies fought for concessions.

Earlier this week, the Welsh Retail Consortium (WRC), the CBI and ACS put forward a compromise, proposing a greater reliance on customer discretion.

Aisles would no longer be cordoned off and instead retailers would “prominently display” Welsh government-approved signage in front of non-essential products, and make in-store announcements reminding customers of the rules.

But the government refused, and on Tuesday published a reviewed list of items that could be sold, including toiletries and cosmetics, babies’ clothes, newspapers and greeting cards.

“What they haven’t listened to is our view that it should not be down to staff in supermarkets and convenience stores to be policing what people buy,” says Noice.

WRC head Emma Jones tells The Grocer: “We have spent days in talks on this and we are still going round in circles.”

The motivations behind the bill have also been a source of controversy. Initially billed by the Senedd Cymru as an attempt to stop the spread of Covid, it has since become clear that it is also an attempt to pacify non-essential retailers, who looked on enviously in the initial lockdown as supermarkets, as they saw it, ate their lunch.

First minister Mark Drakeford said on Friday the restrictions would ensure a “level playing field” during the firebreak.

One group lobbying for such a move has been the Welsh Federation of Small Businesses. “It is FSB’s view that if large supermarkets were able to continue selling non-essential items at a time when their small business competitors on the high street are forced to close, this will create an unacceptable advantage for those large retailers,” says the group’s head of external affairs Ben Cottam.

But others warn mixing economic and health priorities is a recipe for chaos and division.

“Ultimately what they have done is bow to pressure from a specific business lobby,” says one convenience source. “The trade-off leaves businesses with the worst of both worlds.”

What the variety discounters are doing 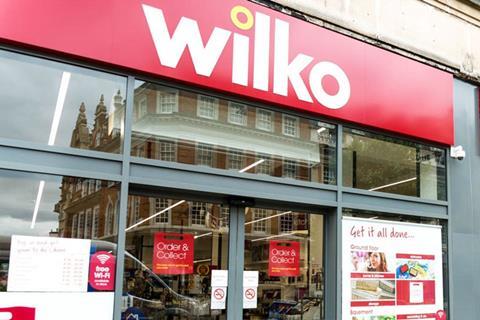 Poundland: “Of our 39 Welsh stores, 20 have Pep&Co ‘shop-in-shops’ and we cordoned those off and are watching the reaction carefully,” said a spokesman.

Home Bargains: “As an essential retail business, we intend to continue trading. All stores and staff members are working in line with the government’s latest guidance.” Christmas decorations were photographed taped off in Swansea.

B&M: Stores open across Wales but staff “not authorised to challenge members of the public” according to shelf-edge signs asking customers to judge what is essential.

Then there is the question of whether the rules will actually benefit small businesses. “What this completely overlooks is it will simply cause more people shop online, hastening the high street’s demise and benefiting only the likes of Amazon,” says one senior retail source, who brands the situation “insanity”.

There are also inconsistencies. Variety discounter B&M has eschewed the barriers put up by supermarkets, instead opting for notices saying: “Please buy essential goods only – B&M store colleagues are not authorised to challenge members of the public, so we ask shoppers to judge properly what is essential.”

This picture of confusion and inconsistency may cause concern for business leaders currently involved in talks with government over new lockdown measures elsewhere in the UK.

This week, Scottish first minister Nicola Sturgeon announced final details of its new tiered system, which comes into play on 2 November, following weeks of controversy over restrictions on hospitality.

One of the most contentious has been the decision to ban restaurants across the Central Belt from opening, while allowing cafés that don’t serve alcohol to keep their doors open. This has resulted in a series of rows and legal challenges over what constitutes a café.

This week, Sturgeon revealed that, after listening to the concerns of businesses, she would allow all hospitality businesses in the so-called ‘level three’ areas to operate until 6pm, without the sale of alcohol.

However, areas deemed most at risk – level four – will be subject to the closure of non-essential retail and Sturgeon has yet to rule out a Welsh-style move.

“One would have thought that any government looking at the total mess Wales have got into in the past week would think twice about such a move,” says the retail source.

As for England, despite the latest warnings from experts on its SAGE committee about the need for tougher measures, it would seem the least likely to follow suit.

“We have received indications the government does not intend to provide distinction of essential and non-essential in tier three – though technically additional local restrictions could apply,” says a source.

But as recent events have shown, even within different areas of England, one rule does not necessarily apply to all.