Seven eye-catching cheese counters and fixtures from around the world

In the third instalment of his series on excellence in merchandising, Bryan Roberts of Tcc Global looks at the best cheese counters from around the world

Cheese, with its strong ties to particular countries and even to particular villages, is an emotive category and one in which we have seen a huge global renaissance for smaller producers. Retailers are tapping consumers’ thirst for more authentic, dare I say it, artisanal products and experiences.

At the same time, multinational dairy conglomerates and co-operatives are churning out tonnes of more homogenous product for the mass market.

It is also one of the more sensory categories in the supermarket – bringing taste and smell to the fore – and one that lends itself beautifully to cross-merchandising: wines, beers, chutneys, jellies and biscuits all sit naturally alongside cheese. With cheeses often coming in larger formats, it is a category that is ripe for a service counter environment, enabling shoppers to seek advice and select portions of cheese to be sliced for them.

Here are some of the better examples I’ve seen on my travels. 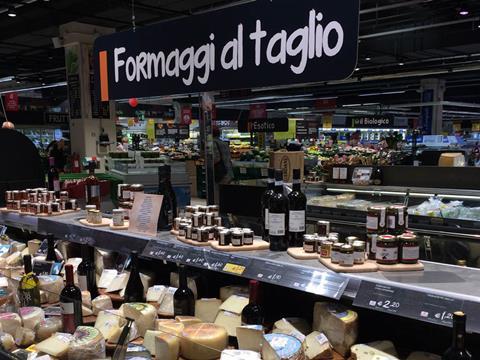 Rather than a typical counter at the perimeter of the store, Auchan in Rome houses its cheese on a central island that allows it to showcase the strength in breadth and depth of its range. Cross-merchandising is abundant, with wine, liquors and assorted condiments scattered liberally throughout the display. 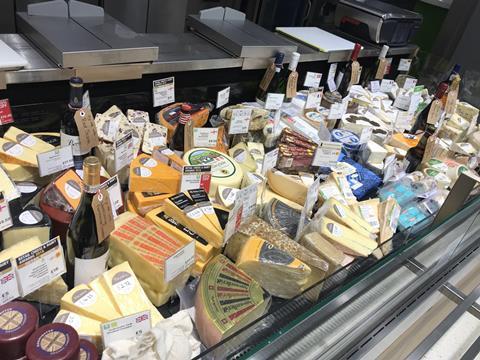 This is taken a stage further by Waitrose in Wichelstowe, where wines and beers come with specific cheese pairing recommendations handwritten by staff. This is a great touch that augments an already impressive counter proposition which also offers sampling and recommendations for assembling a cheeseboard. 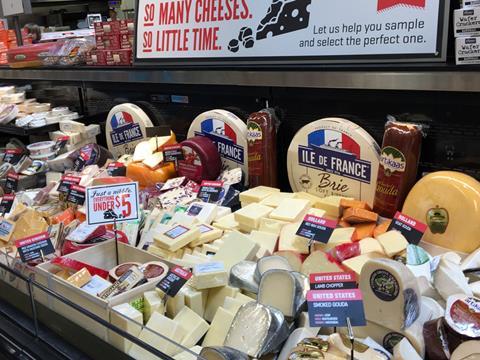 Sampling is a big opportunity for cheese, a product that can often be divisive in terms of personal tastes and preferences, but also one that can invite exploration and experimentation. Lucky’s Market in Traverse City, Wisconsin – a state that is the dairy capital of the USA – makes the most of its location by not only offering a huge range of local and international cheeses, but by offering shoppers a chance to sample any product before choosing to buy it. 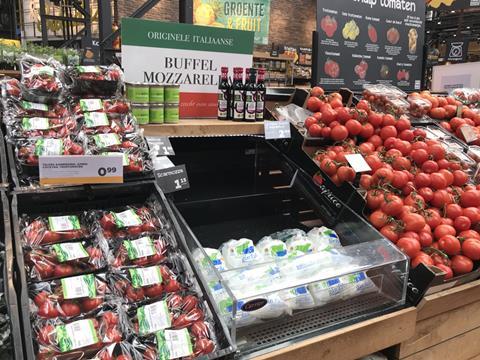 Secondary locations are nothing new for many grocery categories but are unusual for cheese: it is common to see other items cross-merchandised alongside cheese, but rare to see the situation reversed. Here in Amsterdam’s Jumbo Foodmarkt, however, we see a retailer demonstrating a great understanding of consumption occasions and product adjacencies, displaying mozzarella in the tomato fixture, accompanied by other items required for a perfect caprese salad. 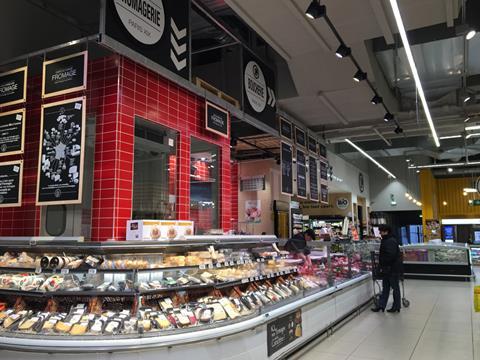 Provenance matters in this category and E.Leclerc in Paris underlines the fact by providing detailed information about the origins of French cheese, alongside a handsome service counter that features some nice merchandising using baskets and straw. 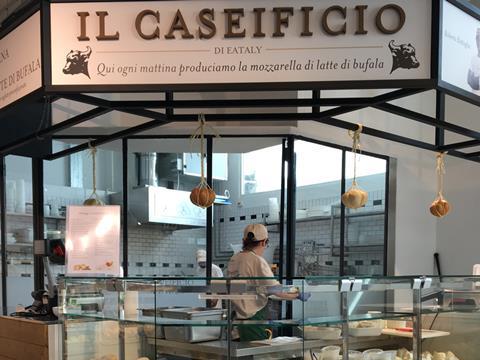 Authenticity doesn’t come any better than actually making a product right before shoppers’ eyes. Eataly in Rome gets full marks for its mozzarella counter which features a backroom where staff are preparing fresh cheese from buffalo milk. 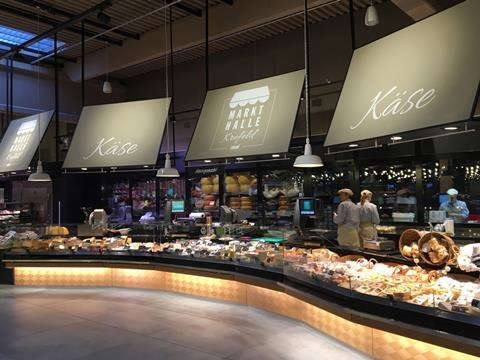 It’s always good to see a retailer lavish a bit of scale and grandeur on the category and Markthalle in Krefeld devotes a great deal of space to cheese. It features a huge service counter, display cabinet and prep backroom, giving the retailer great credibility and shoppers superb choice.

Read next: Nine stores that have taken meat counters to the next level