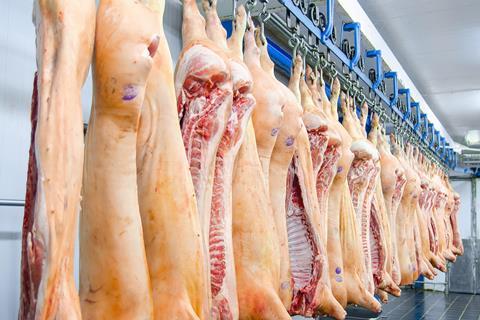 Despite expected growth across nearly all regions, global meat production will fall

Pork and poultry production is expected to rise across Europe next year as the knock-on effects of the African swine fever crisis continue to drive demand, according to a new report by Rabobank.

Despite expected growth across nearly all regions, global meat production will fall, with China’s losses exceeding the rise in all other regions combined, according to Rabobank’s Global Protein Outlook for 2020. The recovery from ASF is now expected to take several years.

“Besides the impact of ASF, many trade disputes and issues are causing uncertainty, with the US-China trade war the most apparent,” says Justin Sherrard, global strategist at Rabobank. The bank does not expect Washington and Beijing to reach a resolution next year.

US soybean prices continue to suffer from the dispute, though an expected fall in production next year may prop up prices. Brazil has taken up the shortfall and may struggle to export its supply if an agreement is made.

Despite the uncertainty, Rabobank believes the trade dispute provides an opportunity to invest in securing trade flows to “reduce some of the uncertainty and secure continuous market access”.

Rabobank also believes sustainability is a factor that will increasingly shape the growth of animal protein production and consumption throughout the 2020s.

The pressure for meat producers to reduce their environmental impact will intensify, though this provides an opportunity to adapt, “harnessing the supply chain and moving ahead of market signals”.

European beef consumption is now falling, though consumers are seemingly turning to other meats rather than alternative proteins, which despite gaining in popularity are acting as an addition to consumers’ current protein consumption, rather than as a replacement.