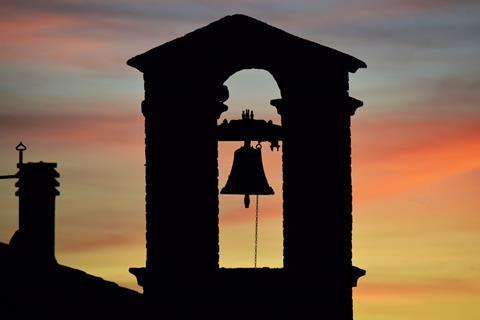 I bet Emma Harper, member of the Scottish parliament, got a resounding cheer from the floor of the Scottish National Party’s recent conference when she confidently told the assembled crowd that “Scotland has the best food and drink on the planet”.

We Scots – who have gained international notoriety for our bad diet, obesity and sea lice-infected salmon – are prone, perhaps as a reflection of some deep-seated insecurity, to such bragging.

But it is fatuously chauvinistic for any country to claim the best food and drink in the world. It reeks of self-congratulatory smugness, of culinary ignorance and insularity. People who make such remarks might as well say: “Our food and drink is better than everywhere else we know nothing about and have never visited.”

There’s an Italian word for parochialism – campanilismo, derived from campanile (bell tower), as in “our town’s bell tower is taller than the one in yours”.

Yet Italy’s food campanilismo has helped the valuing of traditional specialities genuinely rooted in the customs, craft and ecology of their locality. It’s quite different from the urge to slap a Saltire, Union Jack, Tricolore or maple leaf on a product.

Opinion: ‘Brand Wales’ can be a global food and drink favourite

That type of bang-the-drum protectionism is not to be confused with quality. I see it as marketing, a red herring appeal to patriotism that stops most people digging deeper into the product’s origins. This is why I approach anything edible in flag-waving packages, such as Union-Jacked “fresh British chicken” for which read “broilers factory farmed in the UK”, with deep cynicism.

Now that locally appropriate, life-sustaining eating habits are being steadily globalised for the worse alongside US-style, ultra-processed lines, mapping out the unique, authentic, local foods and drinks that are still in production is a vitally important exercise.

This is what the international Slow Food movement does with its Presidia and Ark of Taste schemes. It identifies quality products at risk of extinction – diverse crop varieties, animal breeds, specific production methods developed over centuries to suit their environments –, gives them a higher public profile, and hopefully secures a more optimistic future for their makers.

It’s clear that our planet’s rich gastronomic patrimony urgently needs protecting and nourishing. Monolithic country of origin branding is a time-wasting distraction from that vital mission.