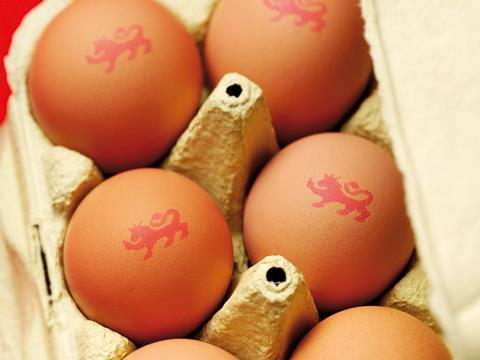 Lidl has extended its cage-free pledge worldwide, and will also ban the use of eggs from caged hens in manufactured foods

Lidl has followed up its pledge to end the sale of eggs from caged hens in the UK by extending the commitment globally and incorporating products containing egg ingredients.

The discounter pledged to abolish the sale of caged hen eggs in the UK by 2025 in August. This followed similar commitments by its main UK supermarket rivals and after a campaign to end the production method by 14-year-old schoolgirl Lucy Gavaghan.

It has now committed to phase out caged hen eggs across its entire global estate by 2025. The pledge represents more than 10,000 stores in 27 countries and will see the discounter end the sale of own-label shell eggs sourced from caged hens, in addition to any products with caged egg ingredients, such as packaged foods and baked goods.

The commitment was one of the first major corporate cage-free policies to affect many Eastern European countries, including Poland, Bulgaria, Croatia, Lithuania, Romania, Slovakia and Czech Republic, said animal welfare group The Humane League, which described Lidl’s move as a “strong indicator that caged confinement will soon be a relic of the past”.

“By producing a policy that addresses both shell eggs and ingredient eggs, it is clear that Lidl takes its commitment to animal welfare seriously,” said Humane League executive director David Coman-Hidy. “This commitment opens the door for Lidl’s competitors across Europe to commit to phasing out cages completely from their supply chains as well.”

Lidl confirmed its stores in Austria, Belgium, Finland, Denmark, Switzerland and Sweden would have progressive timelines, resulting in 100% cage-free sourcing by the end of 2016.

“Lidl has made an important step towards establishing company-wide and worldwide consistent minimum standards in purchasing,” said a spokeswoman. “Lidl UK is one of 27 Lidl countries committing to this ambitious target.”