Opinion: The future of the sugar industry hangs in the balance 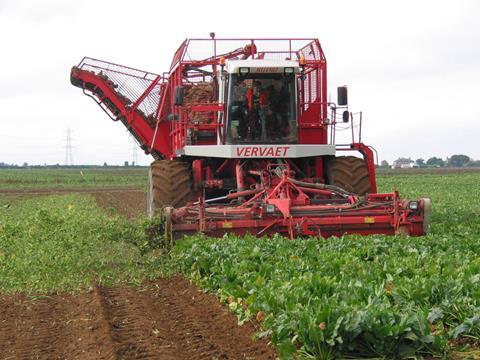 The quota management system for sugar production in Europe is coming to an end in 2017, causing major disruption for businesses that produce or sell the commodity.

The abolition of the quota system means that European sugar producers will no longer be required to restrict how much sugar enters the market and its cost price is likely to plummet as a result.

While consumers could benefit from lower prices, sugar producers should be planning for the impact the changes will have on the industry as a whole.

Sugar producers, based on the most recent official EU figures, have been able to sell sugar to food manufacturers and processors at a rate of €417 per ton, significantly higher than the €320 per ton for sales to non-food buyers. When the quota system is abolished, these two price levels will merge to a single price point. The only real question is where in this range it will settle and in all likelihood, it will be closer to the lower figure. For sugar producers, this sharp price reduction will all but eliminate profits and in some cases, could force them out of the market.

In order to survive in a post-quota world, sugar producers will either need to seek consolidation across the industry or diversify their offering to increase their non-sugar profit-making potential.

Large sugar beet-based producers such as British Sugar, which retails under the Silver Spoon brand in the UK, has the scale and good access to high yielding beet farming areas which should allow it to continue to compete. However, the cycle from placing orders with beet farmers to selling sugar is years, not months, which means they and their competitors need to be committing to their strategy in the coming months.

Distributor Napier Brown, which retails sugar under the Whitworths brand, has recently been acquired by France’s Tereos Group, the world’s third-largest sugar producer. This is a well-timed move by Napier Brown, giving them access to a significant source of supply. Tereos also benefits from a foothold in the UK sugar market and further opportunities for its non-sugar offering, which already includes the production and sale of alcohol and starch. Larger producers that bring this kind of value to the table are an attractive proposition and it is likely that this kind of consolidation will gain momentum as 2017 draws nearer.

The impact of reducing prices on profit margins was exemplified in the most recent Associated British Foods (ABF) annual report of a 51 per cent drop in pre-tax profits because of the sharp fall in European sugar prices over the past year – proof that industry players should be acting now to prepare for changes across their operations. As well as sugar production, ABF has a diverse offering including Primark’s network of retail outlets as well as number of grocery stores and agricultural businesses. However, the importance of sugar to their profits remains high.

Tate & Lyle is already in the process of disposing of most of its European bulk ingredients business and restructuring its struggling Splenda sucralose business, ahead of the changes to the EU quota system. Similarly, the majority of sugar cane based producers are likely to find their traditional position in the market almost impossible to maintain.

For those looking to consolidate their operations in order to compete in the post-2017 sugar market, the ability to negotiate effectively with buyers will be a key point of differentiation. There is still time for strategic alliances to be formed but sugar producers must re-examine their approach to driving down costs and be agile in their approach to price negotiations in order to achieve the best possible price. In some instances, this could come down to timing and ensuring that negotiations take place at a time when concerns about where future supplies are coming from are at the top of customers’ minds.

The sugar industry has no choice but to prepare for a massive shakeup. Those players that successfully pool resources, skills, markets and supplier support are likely to survive in a post-quota world, while others fall by the way side.

Roy Williams is managing director at Vendigital, a firm of supply chain specialists operating globally and across industry sectors.