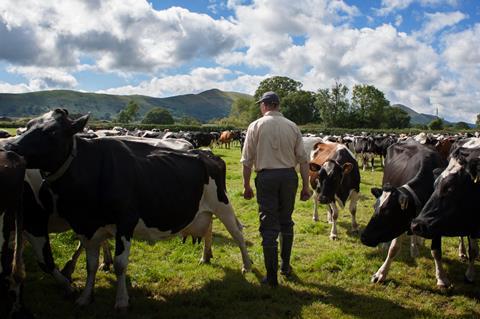 UK sales of organic food and drink broke the £3bn barrier for the first time in 2021, as shoppers prioritised sustainability and health when making food buying decisions.

The UK organic market had shown “exceptional resilience” last year, according to Soil Association Certification’s 2022 Organic Market Report, with year on year value sales up 5.2% to £3.05bn as the category enjoyed a tenth year of growth in succession.

Shoppers spent almost £60m on organic products every week, the report revealed, with last year’s sales increase contributing to a 23% (or £570m) rise in the value of the category over the past two years. Total organic sales stood at just £2.48bn in 2019.

Strong sales performance was recorded across all food and drink sectors, including via supermarkets (which saw sales grow by 2.4%), independent retailers (up 9%) and food service (up 3.3%), while online and box schemes together delivered growth of 13%, worth a total of £558m.

NPD was also a big sales driver, with more than 4,000 innovations registered with SAC in 2021. This ranged from brand new items to reformulated products including tea and coffee, new plant-based items and established categories such as dairy, the report found.

“Despite challenges across all aspects of production, supply and the market, organic businesses have shown phenomenal resilience and responded to (continually increasing) shopper demand for products that support both health and the environment,” Soil Association Certification business development director Clare McDermott said.

“Shoppers are increasingly looking for products that reflect their values and organic is meeting that need. The wider organic choice available online is bringing new shoppers to the category. Box scheme sales continue to be strong as shoppers look for provenance and traceability in their choices and over a fifth of organic food and drink sold through supermarkets is now online,” she added, referring to the ongoing solid growth of the category.

Though 2021’s total sales for box schemes stood at 13%, when factoring sales increases from the past two years, the category had seen sales rise by 54% since 2019.

This indicated that customers who bought organic online and used box schemes following the pandemic had continued with their new shopping habits, the SAC report suggested.

Elsewhere, hero categories included organic tea and coffee, with nearly £1 in every £10 in supermarkets spent on the category (representing a 12% increase in sales). Meanwhile, organic beer, wine and spirits were up 16.9% in 2021.

Altogether, organic food and drink sales in the supermarkets, including home delivery, was worth £1.97bn.

The report also found that Waitrose, Sainsbury’s and Tesco continued to dominate multiple retailer sales of organic, with a 65% share of the market.

Meanwhile, the top four organic categories in the supermarkets contributed to three-quarters (74%) of sales and were growing ahead of their non-organic equivalents.

Amazon was named as the largest online retailer of organic in the UK with over 8,500 Soil Association Certification products.