Princes picks up first MSC certification for its branded tuna 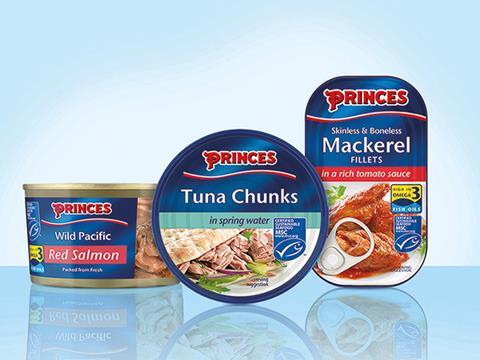 Princes has secured the first Marine Stewardship Council certification for its branded UK tuna range, and will be the first major UK brand to sell fish from the MSC-certified PNA fishery in the Pacific.

The tinned food giant said it would begin rolling out tuna from the PNA (also known as the Parties to the Nauru Agreement) fishery from January across its 160g tuna chunks SKU, with further MSC-certified tuna lines set to be introduced during 2017.

The recognition from the MSC, which also extends to its pink salmon and tinned mackerel lines from later this month, marks a turnaround in the fortunes of the brand, which has previously faced criticism over its tuna sourcing.

Princes came 10th out of 11 (behind only John West) in Greenpeace’s tuna league table this year over its use of fish aggregating devices (FADs) and a failure to meet its own targets on sustainable tuna sourcing. However, this week’s announcement was hailed as a “fantastic next step” by MSC programme director Toby Middleton.

The PNA fishery is a new source of tuna for the UK market but represents about 25% of the world’s tuna stocks. It covers a vast swathe of the Western and Central Pacific and became the first major free-school purse seine yellowfin tuna fishery to achieve MSC certification in February, while its skipjack fishery gained MSC certification in 2011.

“We are ethically aware, and partner with a range of organisations and share a common goal of protecting the sustainability of the world’s oceans,” said Princes corporate relations director Ruth Simpson.

“The MSC programme meets the highest benchmarks for certification and eco-labelling, and we will continue to be fully committed to the quality, integrity and long-term sustainability of the seafood we sell.”