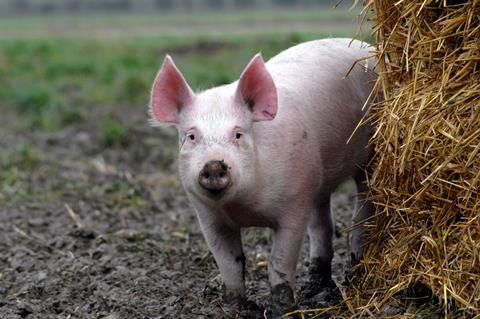 Some of the UK’s largest retailers do not have robust enough pig welfare policies and are failing to publicly communicate on the issue, a report has claimed.

WAP claimed piglet mutilation was an industry-wide problem and that some retailers were doing more than others to tackle it.

Based on the retailer’s publicly available information, WAP found no evidence Iceland met its requirements on having a species-specific pig welfare policy, an import policy for sourcing pigs from systems with at least the same welfare standards as those in the UK or data on practices such as tail docking or teeth reduction.

Asda ranked above Iceland but still came in below the discounters and the other members of the big four.

The retailer said at the time data was collected by WAP for the report in August, its ‘Create Change for Better’ website was under construction, meaning its welfare commitments were not publicly available.

A spokeswoman insisted Asda had “comprehensive animal welfare policies in place and our priority is to source from producers accredited to Red Tractor or RSPCA-assured standards”.

Reflecting on the report, WAP campaigns manager Lindsay Duncan called on supermarkets to do more on pig welfare.

“While it is encouraging that some supermarkets have taken positive action as a result of the ranking, in the case of the lowest seven supermarkets, this does not go far enough,” Duncan said.

“Supermarkets have an undeniable responsibility to improve and uphold welfare standards for the animals in their supply chain and their customers have the right to demand that they demonstrate they are carrying out their policies by regularly publishing data.”

In response, the British Retail Consortium’s director of food and sustainability Andrew Opie said: “Our members take their responsibilities to animal welfare very seriously, and the farmers who supply pork products work to exacting standards to ensure animal welfare is upheld.”

Meanwhile, Tesco, Co-op and Sainsbury’s – which ranked fourth, fifth and sixth respectively – all underlined their commitment to animal welfare in their supply chains. Tesco said its own Tesco Welfare Approved Standard “exceeds” government-approved industry welfare standards and applied to “all pork sold at Tesco regardless of its country of origin”.