The Co-op commits to Fairtrade with Kenyan resource centre 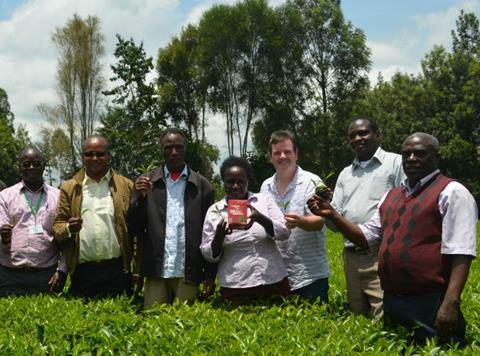 The Co-op today announced it was “making a stand for Fairtrade farmers” after revealing plans for a new community resource centre for Kenyan farmers.

The world’s largest Fairtrade convenience retailer is working in partnership with tea co-operative Fintea to support its tea farmers and provide communities with training, counselling, a library and access to the internet. The Co-op has featured the Fairtrade mark on its entire own brand tea range since 2008.

The funding is being provided by the Co-op’s Growing Stories online campaign and follows a series of blows to the Fairtrade Foundation of late.

In November, Mondelez announced it was ditching Fairtrade from its Cadbury bars in favour of the stamp of approval from its own in-house ethical trading scheme Cocoa Life.

Sainsbury’s and Tesco have also since moved away from Fairtrade labelling on tea.

“We’ve seen that there might be trouble brewing in the Fairtrade tea market and it is important to demonstrate that we’re still behind the farmers,” said Co-op Fairtrade strategy manager Brad Hill. “As a long-standing supporter of Fairtrade, we want to show how much we care about the farmers we work with.”

He said the centre would give access to 50,000 people across the Fintea tea growing community to help with educational, recreational, cultural, health and lifelong learning opportunities.

“We are delighted to announce our new investment in Fintea,” added Hill. “Whilst Fintea is now a successful business, supplying freely into the tea market, our special relationship goes back to the very beginning of that co-operative development project that we ourselves helped set up to provide hope through Fairtrade market access to thousands of marginalised farmers.

“As a long-standing supporter of Fairtrade, we are delighted to recommit to the Fairtrade mark, which producers continue to tell us is the most effective certification for them in delivering business and community benefits as well as security through a transparent minimum price and the all-important Fairtrade premium, which they collectively decide how to invest.”

Earlier this year, the Co-op announced it would be sourcing only Fairtrade cocoa across its entire own label range.

Fairtrade Foundation commercial director Euan Venters said: “This move yet again emphasises their commitment to producers and sustainable business. Our work with the Co-op on their cocoa commitment as well as tea illustrates how Fairtrade is constantly innovating, providing impact for farmers and exploring new ways to work with our business partners.”