What's behind the need to breed crops at speed? 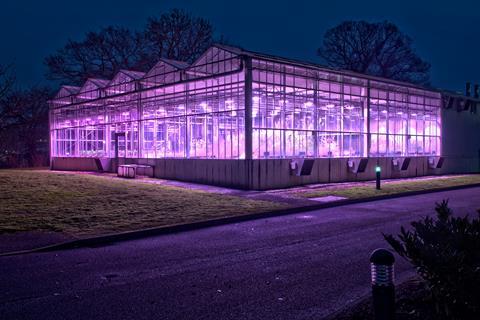 Though only 2% of the John Innes Centre’s glasshouses are currently kitted out for speed breeding, there are plans to roll it out further 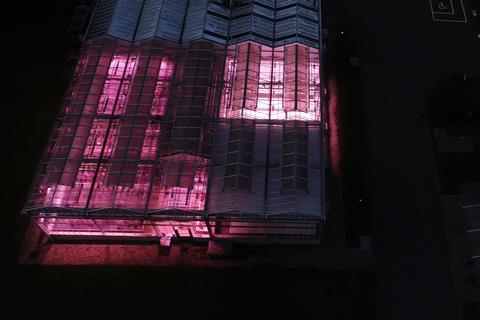 The John Innes Centre in Norwich specialises in the study of plant science, genetics and microbiology 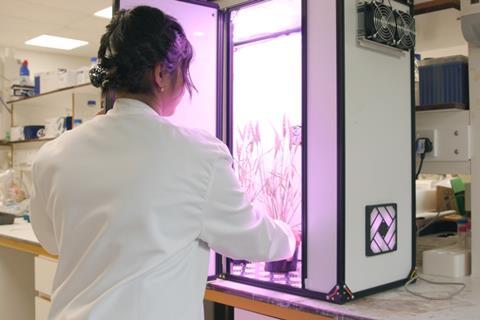 The technique has proven effective for a wide number of crops. 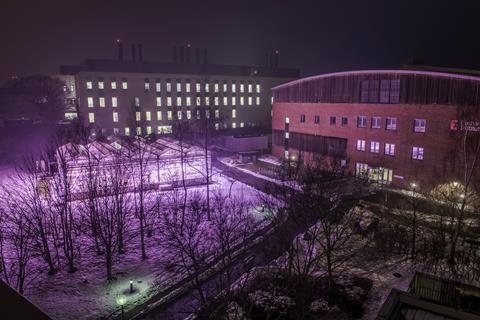 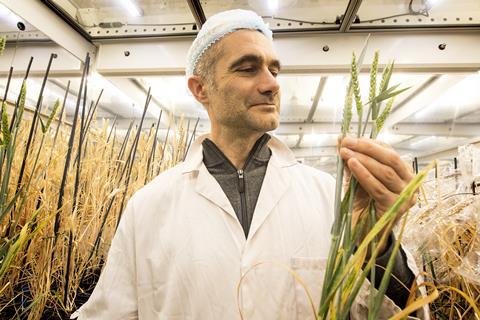 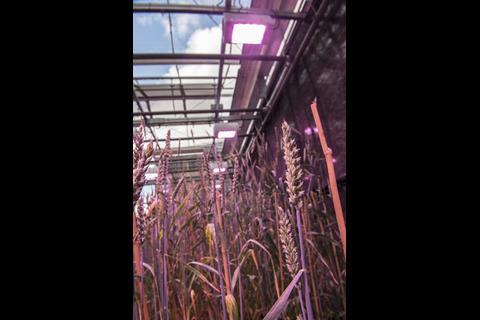 Under the pink light of a glasshouse in Norwich, scientists are experimenting with growing crops more than twice as fast as they would outside. Their work could change the way food is produced

When Dr Brande Wulff first suggested speed breeding plants at the John Innes Centre, his colleagues were sceptical. “I still remember some of the remarks,” he laughs. “They said the plants would look tiny, puny, and insignificant because they’d be stressed from growing so fast. And look, if anything the plants look better than when we grow them in the field.”

It’s true. The pink-hued glasshouse we’re walking around contains swedes, tomatoes, brassicas and towering stalks of wheat, all flourishing, and all grown using the technique famously inspired by NASA’s hopes to provide sustenance for its astronauts in space.

By the time Wulff learned of it three years ago, it had already been adapted in Australian labs and used to help speed up the development of drought-resistant crops. Here in the UK it has proven itself capable of delivering the same results on a far bigger scale, 1,000 sq m of glasshouse space in Norwich now enabling crops to be grown at up to twice the speed than was previously possible. Much to Wulff’s delight, “everybody wants to use speed breeding now”.

It’s a deceptively simple technique, too. The first step involves swapping out industry-standard sodium vapour lamps for the LED ones that give speed-breeding labs their distinctive pink glow. That’s partly because plants can absorb a higher spectrum of the light emitted by LEDs compared with standard bulbs, explains Wulff. “The spectrum from sodium vapour light is very green and very yellow, which is useless for photosynthesis.” The conversion rate (the amount ‘used’ by the plant) of the LED lights is up to 50%, compared with as low as 10% with standard lights.

The next bit is fooling the plants into thinking the day lasts far longer than is the case, with the lights only switched off for two hours per day. “These plants are experiencing almost an Arctic summer,” says Wulff. “Under these very intense conditions of optimum light quality and a very long day length we can push the wheat plants from seed to seed, in just eight weeks, more than twice as fast as if we’d grown them in a field or a conventional glasshouse.” 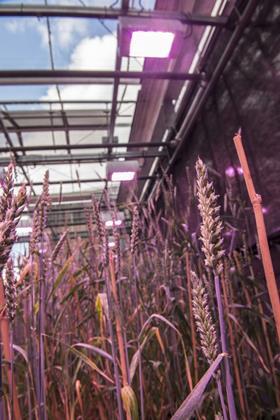 But why does it matter? After all, applications of the technique in commercial crop production are limited. Controlled environments don’t easily translate to the outdoor sites where the majority of our food is grown, though there are some commercial tomato producers trying out the technique. No, the reason it is such a game-changer is in its ability to speed up the rate at which scientists, such as Wulff, can do their work. Work that is focused on developing more resilient, higher-yielding or higher-quality crops to feed a growing population, on a planet where climate change, among other factors, is making that even more of a challenge.

The impact is “tremendous” says Wulff. “We’re always confined by the amount of space where we can grow our plants, and with speed breeding we’ve effectively doubled that space.” Take his own research, which aims to develop a species of wheat that crosses the modern crop with the genetics of its ancient relative, a hardier, darker variety. “On average, every year 21% of the world’s wheat harvest is lost to disease. We protect our wheat with pesticides, but they are not sustainable, they cost a lot of money to produce, and in many cases are likely not good for the environment.”

Crossing wild and domesticated wheat by “conventional means… can take 20 to 30 years until you have something that’s commercially viable. With speed breeding we should be able to do that faster.”

Finding a catalyst for this type of research is becoming increasingly important, agrees Dr Daniel Bebber, a senior lecturer in biosciences at Exeter University. “Pests and diseases are spreading more rapidly around the world,” he says. Only recently, wheat stem rust returned to the UK after a long absence. “We need to be ready to tackle these things from different perspectives.”

It’s part of a two-fold challenge, believes Chris Brown, head of environment at Olam International. “What can you do to help reduce the impacts that are driving the need for such change? And how can you continue to create those more tolerant and greater-yielding species of crop?” And on that latter front, speed breeding is proving an invaluable tool.