Tesco plans major expansion of solar panels on its roofs 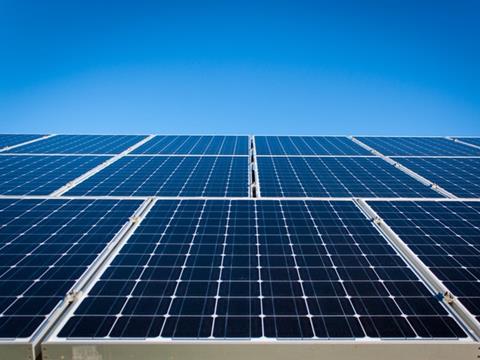 Tesco is set for a major expansion of solar panels on the roofs of its UK stores, as part of its move towards slashing carbon emissions.

The retailer has already put in a series of planning applications for sites and The Grocer understands further announcements are to follow to commit to carbon reductions.

The solar power expansion also follows the signing of the Paris climate agreement recommendation of a 1.5 degree global warming trajectory.

Eco website Solar Power Portal revealed Tesco stores in Nottingham, Lewisham, Sheerness, Martlesham and Yeovil were among the stores planning new solar roofs and that Tesco had partnered with Push Energy and financier Macquarie for the programme.

In 2017 Tesco said it was moving to “tougher science-based carbon reduction targets for its stores and distribution centres to help combat climate change”.

“As citizens and members of the community, our customers and colleagues expect Tesco to play its part in caring for the planet.”

A Tesco spokesman declined to comment on its latest plans.