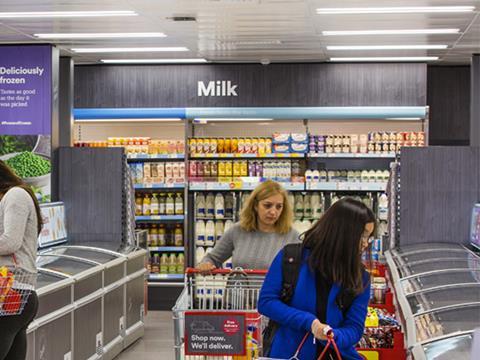 Iceland has followed Asda’s lead by hiking up the price for four pints of milk from 95p to 99p.

The move comes as milk supplies are tightening, and reflected recent price increases passed on to dairy farmers by their processors, Iceland said.

A spokesman added the increase was in line with Iceland’s agreement with processors in December 2014 and a pledge to follow any change in the price paid by processors to farmers.

Asda raised the price of its four-pinters last week, bringing them to their highest price point in almost two years.

Iceland has previously been a major driver in the supermarket milk price war. In October 2014, it slashed its price to 89p and claimed to offer “the cheapest milk in the UK”. Its decision to raise its price is therefore likely to be seen by some as an indication it has changed its milk price strategy.

However, the spokesman insisted this was not the case. “There has been no change in our milk pricing strategy, which is always to offer this daily essential to our customers at a very competitive price,” he said. “We have no current plans to change the price of any other milk SKUs.”

Milk supplies have tightened by 9% year on year [AHDB] as a result of dairy farmers leaving the industry due to low farmgate prices.

Iceland upped its price for a four-pinter from 89p to 95p in June as it was “very conscious of the pressure on UK dairy farmers”, while Asda increased its price from to 95p in May as part of “an investment back into the dairy sector”.

Morrisons increased its price for a standard four-pinter from 89p to £1 last November, while Tesco and Sainsbury’s have been charging £1 for the SKU since March 2014.