How safe is it for Tacon to strongarm Tesco's suppliers? 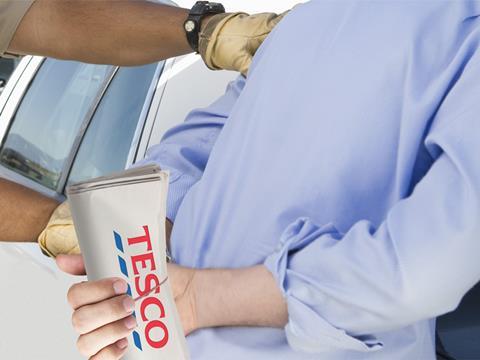 Groceries Code Adjudicator Christine Tacon has vowed to The Grocer that she is ready to force suppliers to give evidence against Tesco, and this revelation has given a fresh angle to the debate surrounding her powers.

Last week’s announcement that Tacon was launching her first official investigation, and that it was into Tesco, came after she received an apparently damning dossier of evidence from the internal Deloitte investigation into the company’s conduct with suppliers. This was quickly followed by her promise to make companies come forward to spill the beans.

Considering some of the unkinder sources in the industry had been beginning to question the three day a week GCA role, on the grounds that it did not justify the long periods of perceived inactivity since she was appointed, it was a bombshell development. Of course, it came just days after Parliament moved to give her powers to fine retailers up to 1% of their turnover.

Indeed, this case promises to tell us as much about Tacon and the reality of the GCA’s limitations as it does about Tesco. What sits at the heart of the matter is the Adjudicator’s power to confront the reluctance of suppliers.

The circumstances surrounding the alleged evidence unearthed against Tesco, industry experts point out, are virtually unique. They stem not from the adjudicator’s office being flooded with evidence from suppliers, but from a retailer desperate to clear out the skeletons from its cupboard, a situation most unlikely to be repeated.

Adding insult to injury, Tesco looks set to get off comparatively scot free even if found in breach of regulations, as Tacon has admitted that her ability to fine companies will not be retrospectively applied.

A more representative picture of the problems Tacon faces in getting suppliers to come forward emerged just hours after her Tesco probe was announced. In December, Tacon armed one of the world’s biggest market research companies, YouGov, with a list of 128 suppliers who had agreed to provide a dossier of anonymous information regarding their treatment at the hands of the UK’s retailers.

Last week Tacon posted the results on her website, revealing a string of alleged Code breaches across different retailers. Nearly half of those who complained said there had been incorrect deductions from invoices with or without notice in the previous year, with almost as many accusing their retailers of incorrectly seeking payments stretching back more than six years. A similar figure reported demands of lump sum payments over and above those agreed in their contracts.

In fact, the anonymous complaints appear to closely mirror the file handed to Tacon from Tesco’s Dave Lewis after Tesco effectively blew the whistle on itself last week.

According to Tacon, Lewis’ smoking gun listed occasions where suppliers had been hit in the pocket for consumer complaints where the amounts were not agreed, whacked with multiple invoices for the same product, charged for un-agreed items, suffered dodgy “gate fees” and paid for historic promotions which had not been agreed.

The Adjudicator told The Grocer, “I’ve even heard of deductions where there has simply been no explanation at all,” otherwise known as the practice outlined in our analysis of the common tricks of the trade last year, the notorious “Just Gimme.” Yet it is here that the similarity between the anonymous study and the seemingly “hard proof” file handed over by Tesco ends.

According to the YouGov study, “suppliers mentioned a mix of resolutions” when it came to the alleged breaches by retailers. “Some did not pay, others paid what was demanded. Some paid a negotiated amount.”

However, one thing they all had in common, despite apparently suffering from “persistent” and “aggressive” behaviour at the hands of multiple retailers, was that not a single supplier launched an official complaint to the adjudicator. What is perhaps most striking from the report is that no less than 83 of the 128 companies approached in the end refused to give any evidence even though it was anonymous, such is the climate of fear.

Those that did cooperate made it clear that their anonymity was paramount, and that it would be quite different if push came to shove, with widespread “fear of retribution” and concerns that the Adjudicator would be unable to protect the identify of anyone who blew the whistle. Even those that responded to the survey described the adjudicator as a “last resort”, with many saying they would prefer to discuss issues direct with retailers for fear of their trading relationships being destroyed.

Retribution, warn suppliers in the report, “comes in many forms, many of which the GCA could not police.” Tacon admits fear of reprisals is by far the biggest barrier facing her role, especially now that she has finally got the powers she asked for.

Unfortunately, she told The Grocer last week that, whilst suppliers should be assured that it was “her duty” to protect their anonymity, she would not hesitate to “legally require” suppliers to come forward with evidence against Tesco.

Such a move would have to be seen as a brave, and David Sables, chief executive of Sentinel Management Consultants, says suppliers will be desperate to avoid giving details, even when they feel they have been mistreated. “I would go so far as to say that even if a retailer was only informed of which category was involved in a complaint, this would be enough for them to identify who had complained. Suppliers know this all too well and that’s why they won’t come forward.”

“Ultimately, suppliers fear commercially burning their bridges,” says Dominic Watkins, a partner at law firm DWF. “It’s practically challenging to see how anonymity and a full detailed investigation can be compatible as any investigation will almost certainly identify the concerned supplier.

“Suppliers feel like they are in a catch 22. On the one hand they may have a concern they want to raise, but (on the other hand they) fear the commercial damage of doing so. While the Adjudicator has the means to protect anonymity of the suppliers, it is difficult to see how this can really work.”

Shore Capital analyst also says that “Joseph Heller comes to mind. We see this inquiry as a process that is as much about the GCA as it is Tesco. No doubt after some years if the GCA still has made not material pronouncements or sanctions then there will be an investigation into the effectiveness of the GCA.”

Much then, will rest on whether Tacon makes good her threat, not to Tesco, or any of the retailers, but to suppliers. Then things could get really interesting.