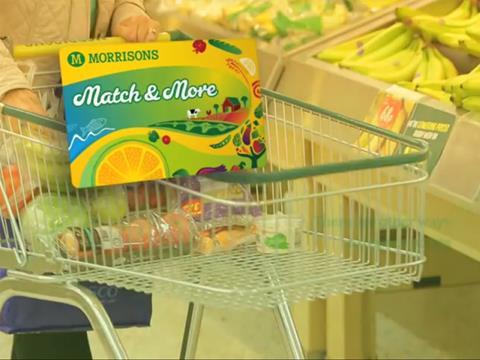 Morrisons Match & More scheme will take on the discounters

If the supermarkets have indeed been ‘asleep at the wheel’ when it comes to the discounters, they’re fast waking up.

The big four have all made significant investments in price over the past year - the latest being Morrisons’ commitment yesterday to price match the discounters by launching its Match & More loyalty scheme.

Under the scheme, if customers can buy branded or own-label goods cheaper at Aldi, Lidl or the other supermarkets, shoppers will get the difference paid back in points onto a loyalty card.

It’s a bold move, yet the initiative has been met with some scepticism – Morrisons shares were trading at 163.6p just before its 1pm announcement yesterday, but had dropped 4.5% to 156.3p by late morning today.

Here are some of the challenges Morrisons will have to overcome for the scheme to succeed:

Shore Capital’s Clive Black yesterday concluded: “Sadly for us, we harbour a considerable degree of scepticism on its launch. For choice, we would rather that Morrisons channelled its available resources into a more democratic process that looks after all of its customers at the same time, whilst progressively eroding the LADs price differential and at the same time more definitively extolling the virtues that the discounters cannot compete with: range, counters, service points and services.”

All this is not to say that Match & More won’t be a success – but on its own it seems unlikely to be the silver bullet Morrisons has been waiting for.

Where it might have more impact is eating into perception that Asda is the supermarket price benchmark and that the discounters are necessarily better value.

In this sense the PR boost could be more material than any immediate boost in sales. If Morrisons gets traction as the supermarket taking the fight to the discounters – and it is planning a major Ant and Dec ad blitz to ensure that happens – it might just erode Asda’s reputation as the best value of the rest. It should not be forgotten that despite the growing threat of the discounters, Asda is still holding its market share; its price proposition and general reputation for low prices is a core component of that current relative success.

If Morrisons can have any impact on that perception, Match & More might be a turning point after all.