Sour grapes as Tesco puts a cork in its Wine Community 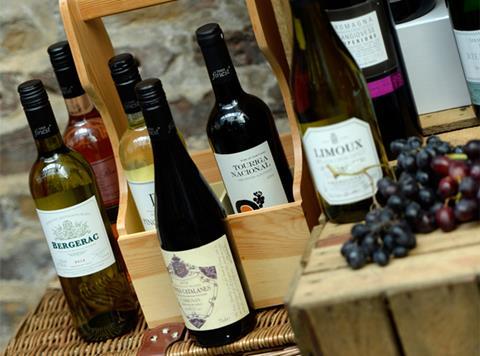 Tesco is to put the cork back in on a venture launched for wine lovers, as part of CEO Dave Lewis’ plans to concentrate on its core business.

The Tesco Wine Community (TWC), a social media site set up for wine buffs, will shut down at the end of the month, prompting complaints from members that Tesco is turning its back on fine wine lovers in favour of those looking for more basic booze.

The demise of the community, which has organised regular events for wine connoisseurs, hosted articles about the latest wine trends along with links on where to buy at Tesco, comes as Tesco’s wine range is included as part of a major cull of SKUs being carried out under Lewis’ Project Reset.

The retailer is pulling the plug despite running a series of wine fairs in Bristol, Edinburgh, London and Manchester, in the next few weeks, featuring more than 300 wines, with the community having been used to support several such events.

TWC was also a home for bloggers, and has attracted contributions from the likes of Oz Clarke and John Torode.

The closure is the latest in a series of blows to wine lovers, which included the departure of Tesco senior wine product development manager Laura Jewell, Master of Wine, who left in November to become UK, Ireland, and Europe regional director for marketing body Wine Australia.

Members of the community expressed their disappointment.

“So that’s it then,” said one, “What a shame! Only been a member since this January but it’s been great. Maybe one of the other supermarkets will see this as an opportunity to start.”

“That’s a real shame, been a member now for quite few years, met some great people and been wined and dined by the TWC team,” said another member.

“The forum has always been a friendly and informative place to learn about wine. Hopefully the wine people at Tesco will reconsider and perhaps come up with an alternative to this site. I do not ‘do’ social media as a rule so this has been an interesting time for me.”

“I suppose it was inevitable,” said another. ”After the scandal of the false accounting the ‘management consultants’ stepped in to cull the range and to focus on more profitable lines - this means bulk wines bottled in the UK. If you look in-store the wine aisle looks more like stuff you’d see in Iceland nowadays.

“But we really did get some good wine at great prices over the years. I for one discovered new wines through the TWC - wines I probably would never have even tried.

“We have taken the decision to close our Wine Community website,” said a Tesco spokesperson. ”We know the site has proved really informative for some customers, but we will now focus on providing information on our award-winning wine range in store and on our Tesco.com website.”