Supermarket chiefs seize the initiative in the war on sugar 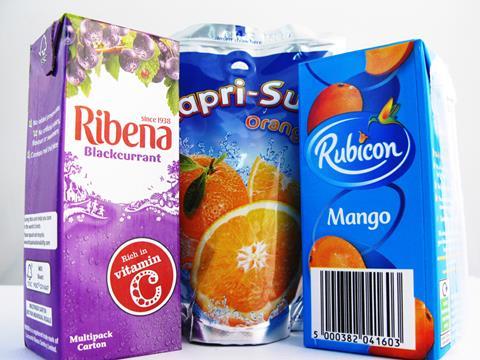 Several of the UK’s leading supermarkets have called for talks with the government to draw up new targets on sugar reduction, The Grocer can exclusively reveal.

It is understood Sainsbury’s, Tesco and Waitrose have all decided they would in principle back a new system in the war on sugar similar to that introduced by the FSA in 2005 to cut salt consumption.

Initial discussions between supermarket bosses have suggested targeting the 10 food and drink categories contributing most to intake, which include soft drinks, confectionery, puddings and alcohol.

However, retailers are demanding any new mechanism must demonstrate it has “full participation” by the industry, amid disillusion at the lack of a level playing field under the Responsibility Deal.

The National Diet and Nutrition Survey (NDNS), suggested by the supermarkets as a potential model also lists cereals, fruit juices and biscuits as among the top contributors for sugar intake.

“Some of our members would be happy to, at least, have a discussion around targets, although it is not universal,” Andrew Opie, head of food at the BRC, told the Commons Health Committee inquiry into childhood obesity this week. However, Opie said supermarkets would not back a simple system of percentage-based yearly reduction, because “not everyone is starting at the same level”.

Instead retailers want a system based on absolute targets and one that ensured it was taken up across the food and drink industry,” he said.

The Grocer understands at least some supermarkets involved are convinced believe the government will need to legislate to make the system work.

FDF director general Ian Wright said it strongly opposed the plans. “I fail to see what mechanism you could devise that would ensure full participation unless you are going to have a huge army of food inspectors,” he said.

“It doesn’t work from a policing point of view and what are the sanctions going to be? Fundamentally we don’t want a government that has a meddling and target-setting mentality.”

In May Tesco committed to a 5% year-on-year, open-ended reduction in sugar across its entire soft drinks range, although it was on the receiving end of a consumer backlash when as part of the promise it slashed added-sugar versions of kids’ lunchbox cartons of Ribena in September.

“Customers who are told what to do by the big retailers sometimes react very badly,” Wright told the committee. “When Tesco withdrew Ribena it provoked an absolute spasm of activity and Tesco’s customers went elsewhere to buy it.” However, Professor Graham Macgregor, chairman of Action on Sugar, said he strongly believed in retailers driving public health.

“They want to do something but they want specific targets.” he said. “That would force the likes of Coca Cola and PepsiCo to follow suit.”