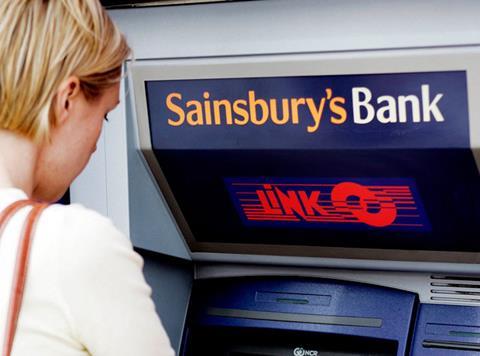 Case is being brought by retailers including Tesco, Sainsbury’s and the Co-op

The UK’s leading supermarkets are going to the Court of Appeal on Wednesday to try to stop the government levying huge extra rates demands against ‘hole in the wall’ cash machines outside stores.

Retailers were left reeling after a decision in 2013 to charge separate business rates on cashpoints, which previously had not been part of supermarkets rates bills.

The Valuation Office Agency is claiming ATMs located both outside and within a retailer’s premises should be assessed separately for additional business rates and that retailers should pay the business rates taxes on them, in addition to their normal store rates costs.

Property giant Colliers International has estimated the average site outside a supermarket could attract a rates liability of £4,000.

The case against levying business rates on the sites occupied by the machines has been brought by some of the country’s largest grocers, including Sainsbury’s, Tesco and the Co-op. It is also supported by independent cash machine operator Cardtronics Europe.

They claim the prospect of a huge extra rates bill is a hammer blow, coming on top of the £1.77bn in rates bills Colliers estimates they will pay this year.

In a further blow to supermarkets, Colliers estimates the case has led to outstanding business rates refunds of more than £300m from 2010 and 2017 “drying up” because they have been put on hold pending the outcome of the case.

It said whatever the outcome of the case it was likely to be challenged and taken to the Supreme Court next year. This would add to further delays in working out what supermarkets should be paying and what they should be refunded.

John Webber, head of business rates at Colliers, said: “The big four supermarket chains pay an enormous rates bill - this year over £1.77bn between them alone. And given the pressures on the sector with rising food prices and wage bills and for many a footplate of stores too big for their current needs, it is not surprising we are seeing some consolidation in the sector as the proposed Sainsbury/Asda merger shows.”

“Business rate bills are of course just one extra pressure - but a very significant pressure if supermarket chains are not only paying big rates bills but are unable to claim the refunds they are due and now very much need. “Our clients are asking us to help them save money on their business rate taxes, but it looks like it will be 18 months at least before the ATM issue is solved. In that time who knows what further difficulties the sector will experience?”

Rates specialist Altus Group estimates the average business rates bill for an ATM is £2,888, slightly lower than the estimate by Colliers. But it said this figure rose to as much as £21,600 for a set of cash machines at a Tesco Metro in Liverpool.

Robert Hayton, head of UK business rates at Altus said: “If the decision is upheld it is likely to make it more expensive for smaller independent retailers to offer free-to-use cash machines that are accessible from the outside of their store, which could deprive many communities of vital access to cash given the swathes of bank branch closures.”