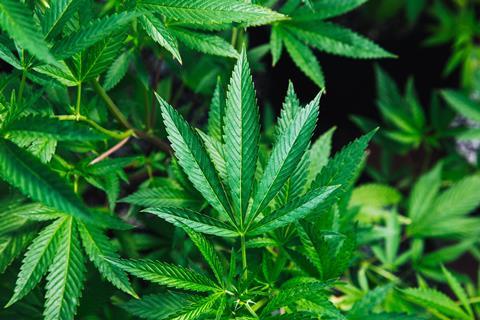 UK hemp farming co-operative Hempen has been forced to destroy its entire crop after its licence was revoked by the Home Office.

The not-for-profit grower will suffer a £200k financial hit as a result of destroying the crop, grown at its farm in Oxfordshire since 2015, and is seeking legal advice to appeal the government’s “punitive” decision.

Hempen believes the move to revoke its licence was the result of new government guidance published last November, which clarified for the first time that British farmers with an industrial licence were restricted to producing hemp from “fibre and seed only”. Harvesting of the flowers or leaves – considered controlled parts of the plant – was forbidden.

The co-operative had been harvesting hemp flowers since it was granted the licence in 2016, but had made this “clear” in statements submitted each year to the Home Office, it claimed, and the government department had raised “no issues” during the three-year period.

“Over the last few months, we had lots of conversations with the Home Office about the licence renewal and had been told that we would be granted a licence for seed and fibre,” said Hempen marketing manager Ali Silk.

“We were under the impression that should we stop extracting CBD from the flowers going forward, which we would be perfectly prepared to do, we would be given our licence.”

Last week, however, Hempen received official notice that it would not be granted a licence renewal.

The co-operative, whose range includes UK-grown organic hemp seed oil, hemp tea, moisturising oils and CBD products, said it would continue to supply products from other British farms as well as importing CBD from European partners.

However, it fears the case will set a “precedent” that could put the wider UK hemp growing industry at risk.

“Instead of capitalising on the booming CBD industry, the Home Office’s bureaucracy is leading British farmers to destroy their own crops and millions of pounds’ worth of CBD flowers are being left to rot in the fields,” added Hempen co-founder Patrick Gillett.

“The government should move the responsibility of regulating farmers over to Defra and legislate to stop our CBD spending being sent abroad and be used to secure the future of British farming.”

The Home Office said it did not comment on individual licences, but stressed the industrial hemp policy did not allow for use of flowers or leaves, which are controlled parts of the plant.

“A person looking to produce CBD oil can apply to register on the drug licensing portal with a view to applying for the necessary licences to do so,” said a spokesman. “However, they would need to demonstrate the intended products can be lawfully made available so that they meet the exempted product definition.”

The incident was the latest proof of the “current confusion” around CBD legislation, said Ben Cooper, head of marketing at Good Hemp. The company is due to launch a CBD-infused hemp milk “imminently” after perfecting its packaging and formulation.

“As long-standing hemp experts, we believe that when legislation is passed we can bring much-needed trust and clarity to the category,” Cooper added.

The story was amended on July 31 to clarify that Good Hemp is fully licenced to grow hemp in the UK.