Why we must challenge international buying groups 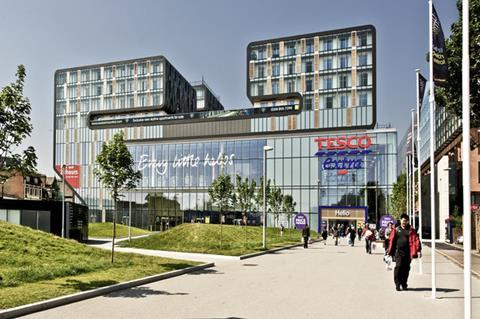 Two weeks back I wrote about the activities of international buying groups, which appears to have touched a nerve among suppliers.

In the piece I pointed out that UK suppliers had to date been shielded from this issue by the English Channel. To me, it’s almost a relief that Tesco’s involvement with Carrefour has now brought it under the spotlight. So in response to a few questions I received, here is more on how they work.

Each year the buying groups AgeCore, Coopernic, Nordic Sourcing, EMD, Eurelec, ICDC and now CWT push out demands for higher levels of ‘investments’ into an international contract. They offer minimal promises of ‘improved support’ – just enough to claim their demands are a trade rather than a raid.

Suppliers double-pay for market activity they can’t even get compliance on. The IBGs cast the net wide to 30-100 major suppliers and each year choose one or two high-profile businesses to string up and whip if they don’t get the subservience they expect.

More from David Sables: It’s time for suppliers to re-evaluate the stunning rise of Aldi and Lidl

European Commission and UK supplier codes of practice are way too for vague applying the letter of the law. That’s partly why our own Groceries Code Adjudicator is the envy of many markets, having successfully manoeuvred the retailer culture to respect the spirit of the code. Not something these buying groups are into.

Tesco’s new alliance with Carrefour sees account managers receiving threats along the lines of ‘if you don’t agree this then I will be forced to proceed with actions which will have a damaging effect on your business’.

This would not get easily past our GCA if delivered in Welwyn, and it’s not just clumsy language. These words will have been beautifully scripted to scrape past European Commission codes of practice.

One reason these behaviours duck under the unfair trading practices radar is that buying groups argue, through the media, that suppliers are pushing back to maintain high prices. By contrast, buying groups are acting in the interests of consumers, they claim.

In doing so, they compare retailer net margins at 2% vs some suppliers at 5%, yet avoid mentioning the differences in business models. Retailers just ship finished goods, and manufacturers don’t even have cashflow because retailers hold it on long payment terms. Suppliers also have huge cost uncertainties, then face a slow lag to manage pricing enforced by the retailers, who change their own prices at the push of a button.

All this amounts to a spectacular failure on the part of the director general for competition in the EC, who has been hoodwinked for six years by the IBGs.

It’s high time we put a stop to it.