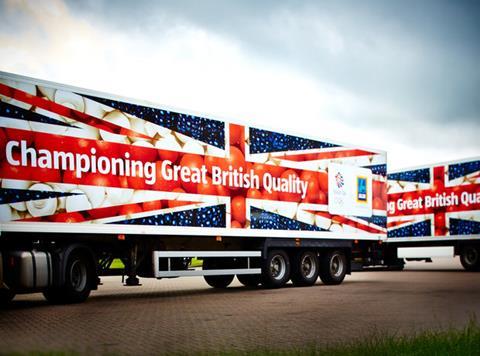 Aldi is promising to pay within 14 days all suppliers whose business with it is worth up to £250,000 a year

From 11 September, Aldi is promising to pay within 14 days all suppliers whose business with it is worth up to £250,000 a year.

The discounter currently looks to pay these suppliers within 33 days and it said the change would cover more than 400 businesses.

“We recognise that cost pressures across the supply chain are increasing and placing a strain on smaller businesses in particular,” said Aldi MD of buying Tony Baines.

“Reducing payment terms to our smaller suppliers should help ease some of this pressure.”

The discounter said the move fitted its wider policy to support suppliers. This included ensuring suppliers do not make any financial commitments without prior assurances on cost and volumes, keeping buying patterns stable throughout the year, and not running ‘buy one get one free’ or multibuy promotions.

“Our relationships with suppliers are based on longevity and trust. We have worked with many of our current suppliers since we entered the UK market more than a quarter of a century ago, and are always looking for ways in which we can work more effectively with them,” added Baines.

In May this year Asda slashed the time it paid smaller suppliers from 60 to 14 days, while Morrisons announced a commitment to pay small suppliers within two weeks in March.

Last July Waitrose went a step further, bringing in a seven-day limit for suppliers with less than £100,000 of business.

Tesco began the process in October 2015 when it moved to pay within 14 days suppliers with up to £100,000 of business as part of a shakeup of trading terms by CEO Dave Lewis.